A new world record for the world's most expensive Kesi was made in Beijing on Monday during its spring auctions.

The technique also known as kesi called “Imperial Compilation of the Lanting Xu Imperial Collection of Documents Woven in Kesi” by Emperor Qianlong (1736-96) of the Qing Dynasty (1644 to 1911) fetched 241.5 million yuan ($37.75 million).

The Kesi was part of the Orchid Pavilion Gathering theme in Chinese history, also endorsed as the “king of kesi.” The auction started at 80 million yuan and the on-site bidding among buyers were reportedly fierce.

On the 17-meter long scroll, 60 historical characters and 9,162 Chinese characters are woven.

According to the archives of the internal manufacturing office of the Qing Dynasty, a documentary record, the kesi work was completed after more than ten years. It represents the highest level of kesi in the Qing Dynasty and the world.

“The Imperial Compilation of the Lanting Xu Imperial Collection of Documents Woven in Kesi” by Emperor Qianlong (1736-1796) of the Qing Dynasty (1644 to 1911) (Photo: thepaper.cn)

Tracing the historical records on the owner of the work, it appears that the work was checked out of the royal property due to a reward arrangement by Puyi, the last emperor of the Qing Dynasty (1644-1911). About half a year after the reward, there was a catastrophic fire in the palace. 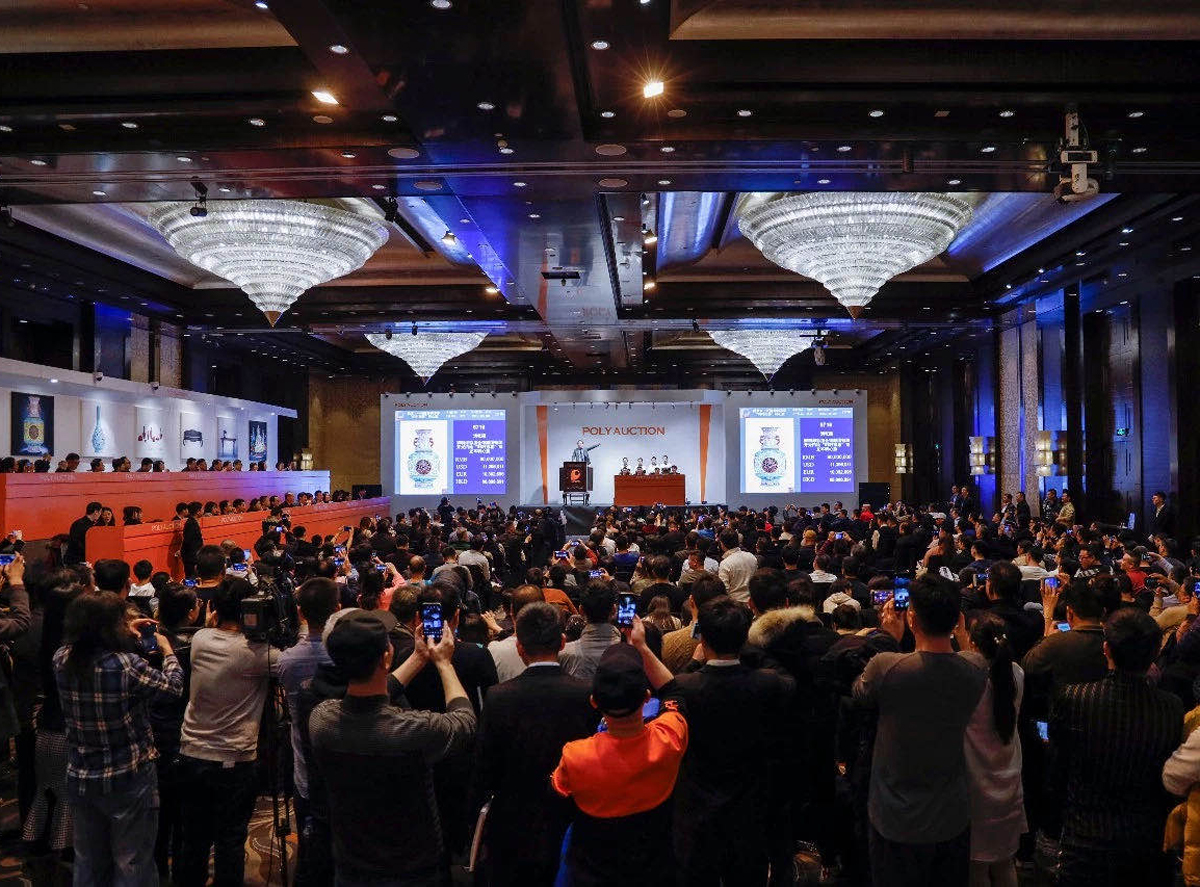 During the auction (Photo: en.polypm.com.cn) 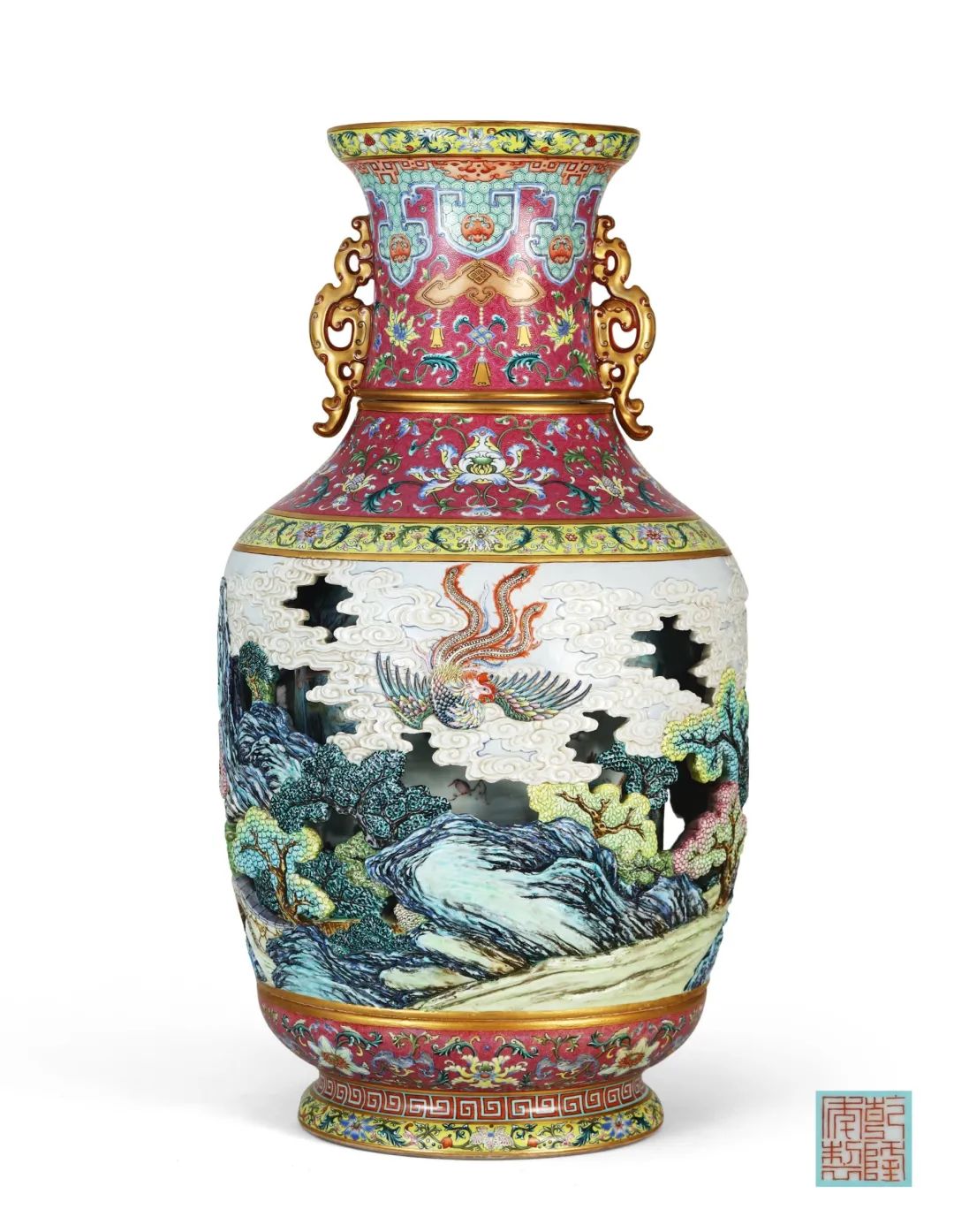 Meanwhile, a magnificent and extremely rare yangcai ruby-ground with a carved open-work ‘phoenix scene’ revolving vase from the Qianlong Period of the Qing Dynasty, which attracted a lot of attention before the auction, also started at 80 million yuan. Its price quickly surged to 200 million yuan and ended up at 266 million yuan. It set a new world auction record for Chinese ceramics. 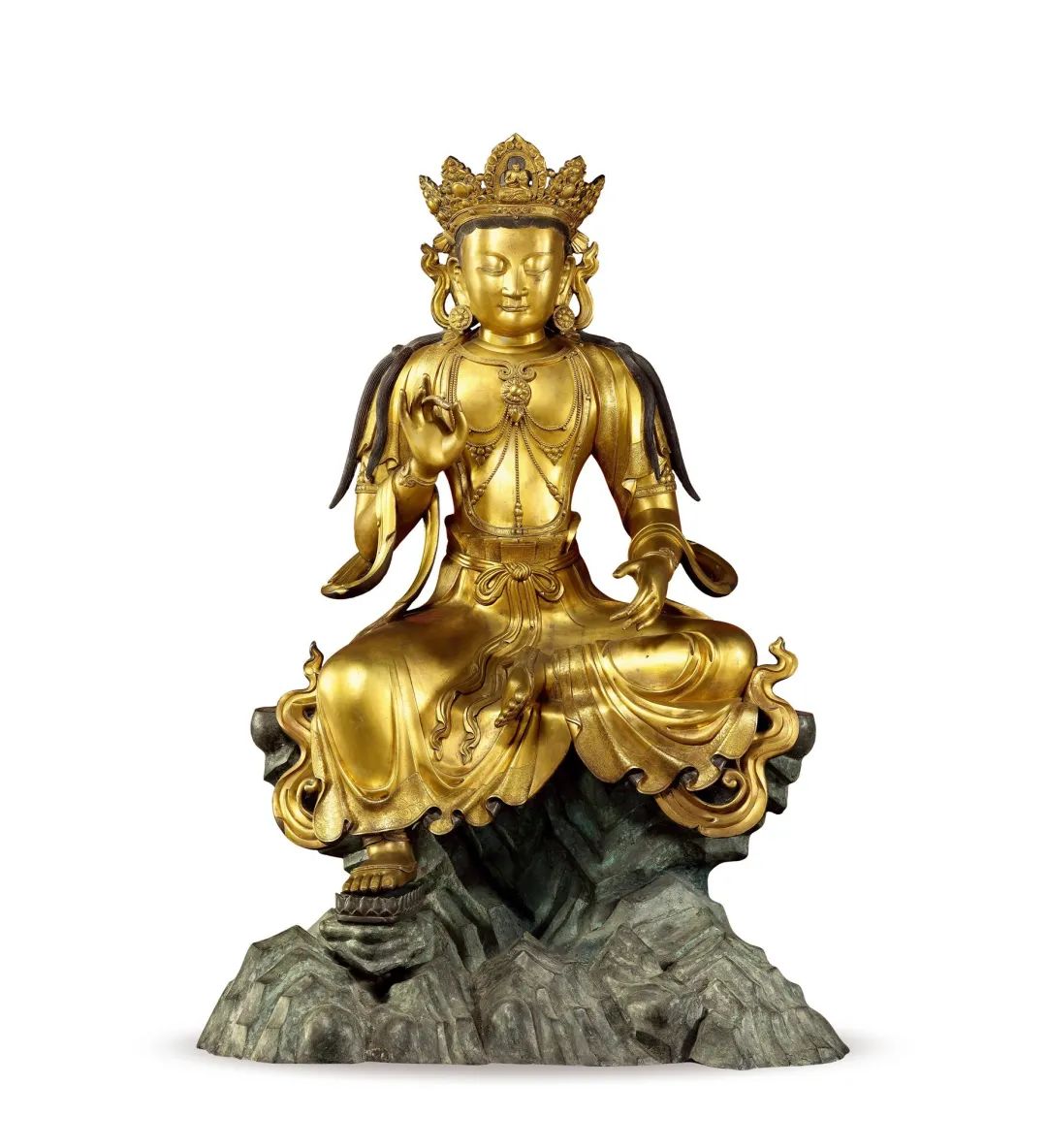 Avalokitesvara is the bodhisattva of infinite compassion and mercy. The Buddhism statue of Avalokitesvara is 1.5 meters high, and weighs 420 kilograms. It is also the most delicate and exquisite gilt among its type so far.