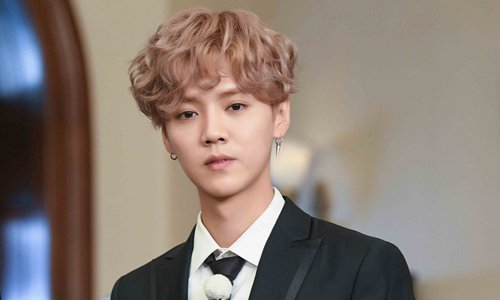 Chinese singer and former member of South Korean K-pop band EXO Lu Han has come under fire after he was seen wearing a vest decorated with the Shahada, the Islamic creed, while attending an event on Monday.

The hashtag #LuHan topped the Malaysia trends list on Twitter with 36.9k tweets as of Tuesday morning.

According to an explanation of one Twitter user who claims to be Muslim, the script on the vest translates to "There is no god but Allah, Muhammad [Peace be upon him] is the messenger of Allah."

The netizen posted "That sacred phrase is the foundation of our faith" and is not allowed to be used on the floor nor in washrooms and that it was "extremely disrespectful" and "a big deal" for Lu to wear clothing bearing the phrase.

Some of Lu's fans expressed that they were disappointed in their idol and asked the star and his studio to issue an apology.

"I love you #LuHan but this is a big no!! Stop offending our religious and stop wearing things you don't understand this is for all the idols out there," one netizen posted on Twitter.

Some netizens defended Lu Han, saying that the blame should be placed on the designer of the vest instead of the star.

"Can his designer stop using this kind of words just to make your design look special. It's so offensive. I hope his designer will apologies about this. Don't throw hate towards Luhan," one netizens wrote on Twitter in a post that echoed the opinion of netizens on China's Twitter-like Sina Weibo.

"Stop trying to silence Muslims when we try to call someone out when they disrespect our religion. We should educate Luhan and tell him why it's wrong of him to wear that, the same goes for the designer and just designers out there in general," another netizen commented on Twitter.