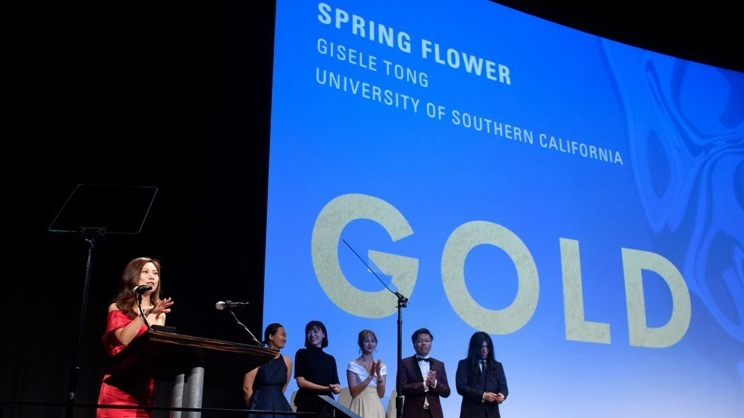 Tong Hua, a Chinese student at the University of Southern California (USC), won the top honor in the narrative category for her film "Spring Flower."

Directed by Tong, the film narrates the story of a rural Chinese girl who is forced by her family to marry a man she's never met before but the girl is determined to change her life and become the master of her own destiny after she's influenced by her cousin, a modern city girl.

"I'm proud to win the gold medal at the Student Academy Awards as a Chinese overseas student," said Tong, adding that she wanted to present more women voices in her film.

"I hope to show Chinese culture and the development of modern China to international audience through my works," she told Xinhua.

Two other students of Chinese origin from USC also won awards in other categories.

Li Yiying won a silver medal in the documentary category for "Love and Loss." The film follows the life of two physically disabled women: Karen Crespo and Nicole Evans.

"Those two amazing women I filmed really showed me the meaning of strength, perseverance and love," Li told Xinhua.

Yu Yu won a silver medal in the animation category for "Daisy," about a young girl who is being cared for by a caring robot during wartime.

The Academy established the Student Academy Awards in 1972 to support and encourage excellence in filmmaking at the collegiate level.

Past Student Academy Award winners have gone on to receive 46 Oscar nominations and have won or shared eight awards.