The Chinese dance program ‘Poetry in the Spring’s Rain’performed  by Chinese students.(Photo by Huang Yundi)

Stockholm (People's Daily) - With an enlivened opening performance “Year of the Pig Brings Happiness,” a group of Chinese students and scholars in Stockholm, Sweden treated audiences to a Spring Festival Gala that featured chorus singing, cross-talk, and stage plays.

For the Gala’s closing number, the Chinese performed “New Year story from my hometown” to express love for their country, hometowns, and families.

The Gala performance drew an audience of more than 1,200, the largest Sweden has ever recorded for such an event. Officials from the Ministry of Education in Stockholm along top representatives from many Swedish universities were in attendance.

‘The New Year Gala hosted by the Chinese students and scholars in Stockholm is a display of good-sprit from those who work and study in Sweden, and has served as a bridge for 11 years, said Gui Congyou, Chinese Ambassador to Sweden, during his address at the event. 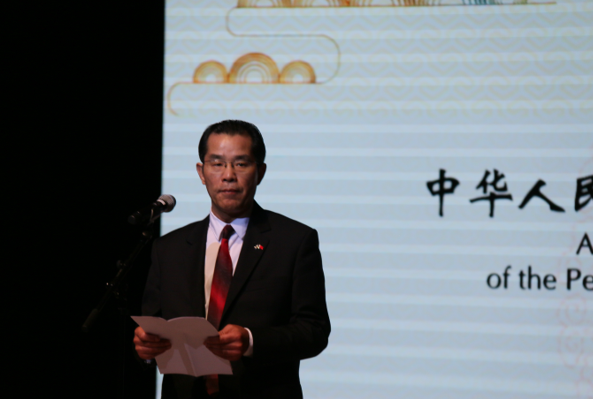 Tian Mu, a Swedish actor who performed Peking Opera in the Gala, said he has participated the annual Gala several times and has enjoyed the experience each time.

When asked why he likes Peking Opera, he said, “I was first attracted to Peking Opera by the beautiful costumes. After I learned more about it I discovered how profound it is.” A crossover ensemble performs with Chinese traditional instruments “The Miracle of China” to push the atmosphere to the top. (Photo: Huang Yundi) 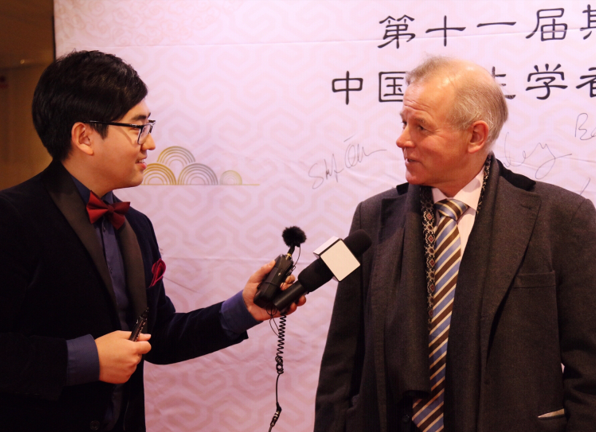 Ole Petter Ottersen, President of the Karolinska Institute, offered his Spring Festival greetings to the Chinese during an interview before the Gala. (Photo: Huang Yundi)