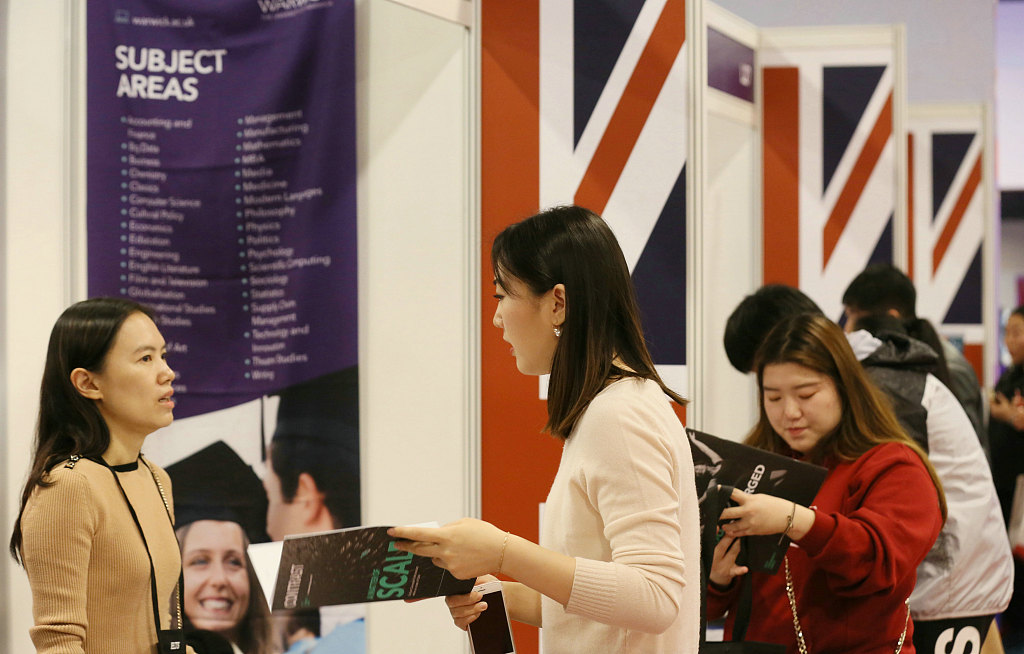 The annual Report on Chinese Students' Overseas Study said that more students are showing preference to going to Britain, Australia and Canada.

The United States, preferred by 43 percent of the respondents, remains as the first-choice destination for overseas study. However, the number declined by eight percentage points compared with 2015.

The proportion of students who are willing to study in Britain increased to 41 percent, up nine percentage points compared with 2015. Australia and Canada come as the third and fourth most popular destinations for overseas study, accounting for 18 percent and 16 percent, respectively, according to the report.

The report is based on a multiple choice survey conducted by a subsidiary of New Oriental Education and Technology Group and Kantar Millward Brown in the first two months this year, and has released for five consecutive years. A total of 6,228 students and their parents were covered in this survey.