Chinese students hit by study disruptions as a result of outbreak 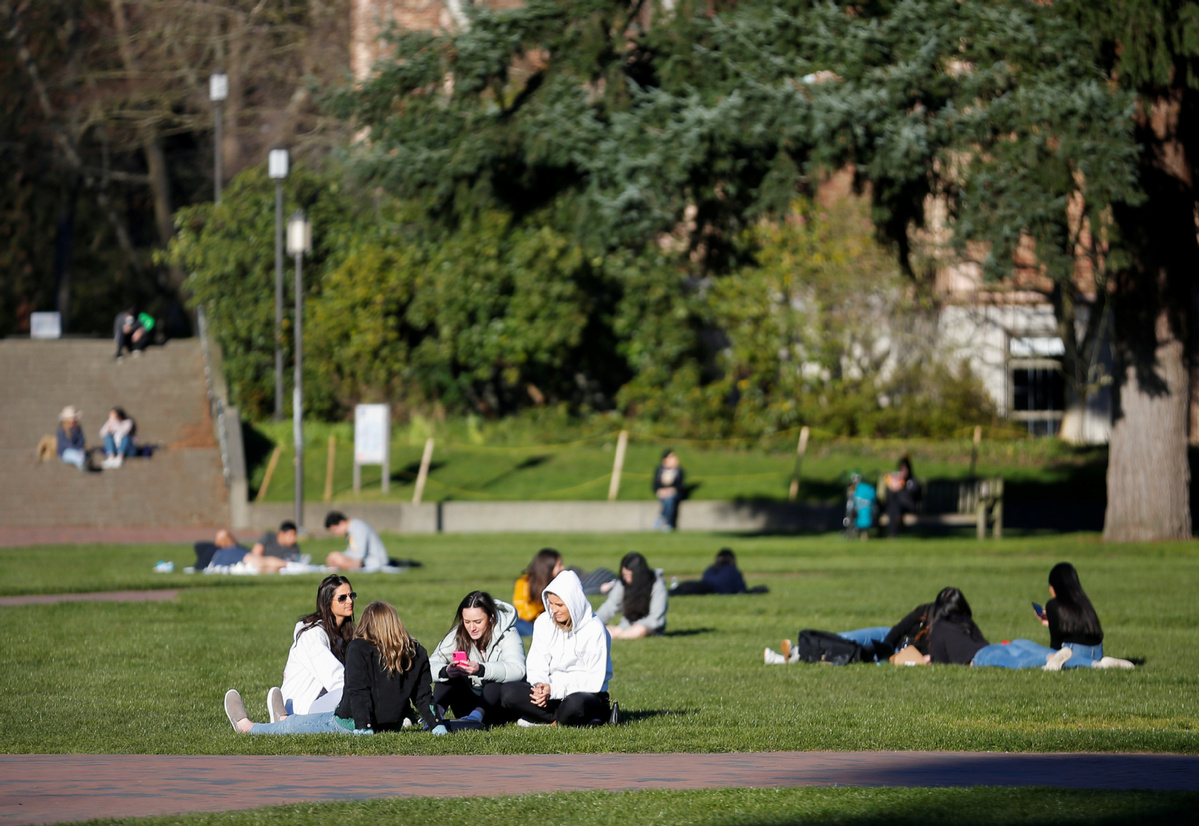 People gather in the Quad at the University of Washington, which has suspended in-person classes, during the outbreak of coronavirus disease (COVID-19), in Seattle, Washington, March 16, 2020. (Photo: Agencies)

After seminars, lectures and career counseling moved online, Xia Xue, a Chinese student at the Stanford Graduate School of Business, said she felt like she was "losing millions of dollars".

"It's like one-way communication. You don't have the same interaction with professors and other students in online class," said Xia, who will graduate in June. "The graduate study involves a lot of group discussion and professor coaching. Without that, I think it would be a huge loss."

Stanford University was one of the first in the United States to cancel in-person classes as the novel coronavirus spread across the country. The university has told all students who remain on campus to leave by Wednesday after an undergraduate student tested positive for the virus on Friday.

Xia said she understands the restrictions the university has taken in response to the outbreak, but the time is especially difficult for international students who are graduating and trying to get a job in the US.

Last week she had a job interview, which was its last in-person interview before its staff started working from home the next day.

"Several recruitment events on campus have been canceled. I think the stock market plunge has led many companies to take a wait-and-see approach in terms of hiring. They are not as aggressive as last year," she said.

"Those who had intended to wait for more offers would jump at any offer, and those who haven't received any offer are kind of panicking."

Over the last few days, a growing number of universities have joined the University of Washington, the first major university in the US to shift entirely to online instruction over virus concerns. The university has 50,000 students on three campuses across the Seattle region, where 27 deaths have occurred.

So far, more than 260 colleges and universities across the country have canceled or postponed in-person classes, according to a list created by Georgetown University senior scholar Bryan Alexander.

The universities' decisions were announced either before or during the spring break. Some schools have designated online classes for a limited amount of time or for the entire semester.

At San Diego State University, which will officially go online from April 6 and finish on May 7, some instructors have already moved classes online.

"Some classes are livestreamed so students can raise questions, while others are recorded lectures so we just watch the videos at home," said Mark You, another student from China, who is a senior majoring in international security.

The rapid transmission of the virus has prompted many schools, like Stanford, Georgetown University and Ohio State University, to tell students who live in on-campus dorms to move out.

But Oleg Wang, a sophomore majoring in civil engineering at Ohio State, has been allowed to live on campus after signing a petition as an international student.

Two of Wang's roommates have returned to China because their parents were not confident on how the US is fighting the virus, Wang said.

It was US President Donald Trump's declaration of a national emergency, and several celebrities contracting COVID-19, that really worried Simon, a student of biology from China at the University of Texas' MD Anderson Cancer Center.

"The president has been trying to play down the virus, but with the stock market plunging, schools closing and the NBA suspended, I think people are doubtful if the government is up to handling such a crisis," said Simon, who asked to be identified by his first name only.