Chinese TV drama 'iPartment' to return with fifth season in 2020 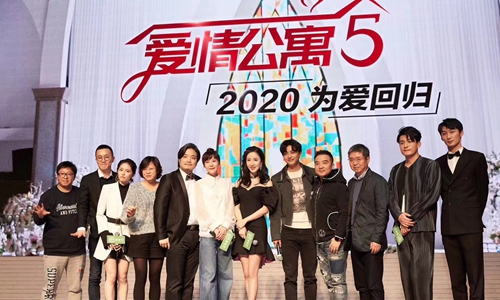 The opening concert for Meet in Beijing. (Photo: Global Times)

Chinese TV comedy series iPartment is set to return to Chinese streaming site iQIYI  for a fifth and final season this year, iQIYI announced on Tuesday.

According to Chen Xiao, vice president of the streaming giant, the upcoming show will incorporate several innovative technologies such as VR and audience interactivity.

Often called the "Chinese version of Friends" by young people, the last four seasons of iPartment have amused millions of Chinese viewers in their 20s and 30s.

Telling the happy ending of the boys and girls who share apartments after graduation, the final season will see the return of actors Sun Yizhou and Li Jiahang and actresses Lou Yixiao and Li Jinming.