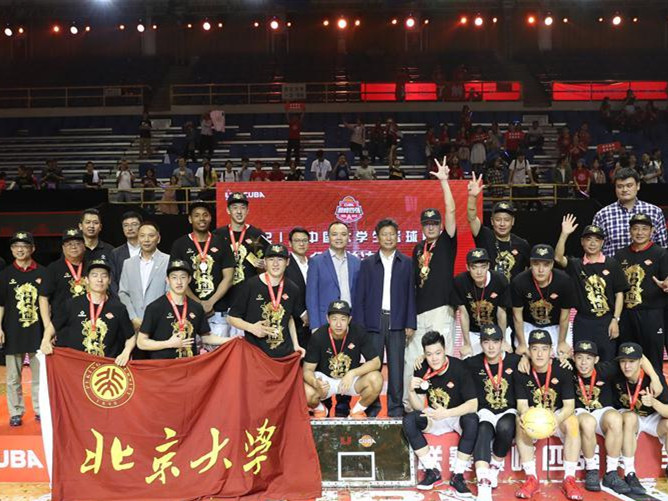 Former NBA and CBA Stephon Marbury was also in attendance for the game, which represents the pinnacle of Chinese university basketball, and has been held for the past 21 years. This year's match was watched by the largest ever number of spectators and online followers, with live-streaming on Youku Sports having helped further increase the popularity of CUBA matches.

Sponsored by the Federation of University Sports of China (FUSC), the CUBA was founded in 1998 and has been run by Alibaba subsidiary Alisports since last summer.

Cooperating closely with the FUSC, Alisports carried out a series of reforms to the CUBA's competition system. The league is now divided into four sections, after rounds of qualifiers within provinces and municipalities, with the top eight teams in each section competing in the second round of games. It has expanded the total elimination game teams to 32, up from 24.

Moreover, play-offs have been introduced in a bid to balance the game level disparity between sections. And for the first time in CUBA history, elimination games are featured in both home and visiting courts among the league's top eight teams. Such changes have been accompanied by an increase in spectator numbers, echoing the ambience of North America's NCAA.

Tsinghua center Guo Jian remarked at the post-game press conference that the introduction of home and visiting court games this season allowed more Tsinghua students to know about the university's basketball team, increasing the sense of connection and togetherness between players and spectators.

FUSC vice chairman Shen Zhen praised the new CUBA structure, noting that feedback was better than expected, which would encourage them to invest more in the games.