Chinese version of The Nutcracker to be animated into 3D film 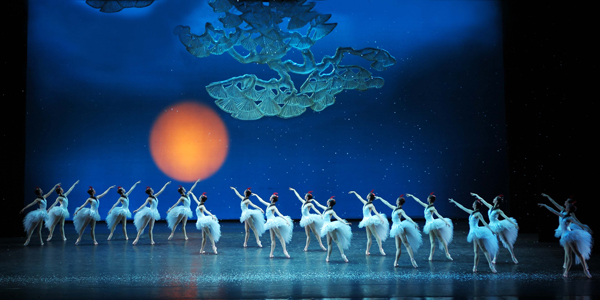 The Chinese version of The Nutcracker by the National Ballet of China premiered in Beijing in 2000. A 3D animated version of it is set for release at the end of the year. (Photos: China Daily)

The National Ballet of China and the China Animation Comic Game Group will adapt the Chinese version of The Nutcracker into an animated film which is set for release at the end of this year.

As the first of its kind in China, the ballet film will mix real dance performances and stage sets with animation and 3D technology.

The National Ballet of China's version of The Nutcracker premiered in Beijing in 2000. Inspired by the classic two-act ballet scored by Pyotr Ilyich Tchaikovsky, it is set against the backdrop of Spring Festival, the most important traditional festival for the Chinese.

Choreographed by Feng Ying, president of the National Ballet of China, and Chinese dancer-choreographer Wang Yuanyuan, the ballet combines symbolic Chinese cultural elements with Western ballet, such as the 12 animals of the Chinese zodiac and temple fairs.

The Chinese version of The Nutcracker has toured worldwide since its premiere. In October 2018, it was staged at La Seine Musicale in Paris, France, with 11 shows.

"It's one of the ballet works that represents the National Ballet of China. It appeals to people of different ages, but especially young people who will recognize the animal characters," says Feng, adding that the company's principal dancers will take part in the film which Feng will direct. 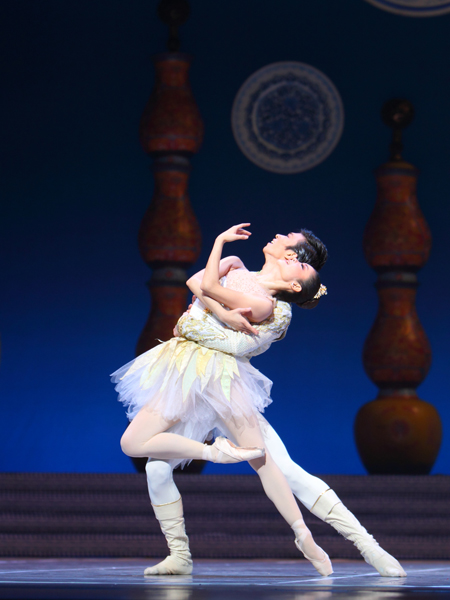 The Chinese version of The Nutcracker by the National Ballet of China premiered in Beijing in 2000. A 3D animated version of it is set for release at the end of the year.

"With 3D, the audience will be able to feel the physicality of the dancers and see the beauty of ballet from a close distance. It's also a great medium for audiences who have never had the chance to watch a ballet performance in a theater," Feng says.

According to Tuo Zuhai, president of the China Animation Comic Game Group, historic Chinese sites will be added into the ballet piece, such as scenes of the Forbidden City and the resting place of the Terracotta Warriors.

Tuo adds that Ballerina, a French Canadian 3D animated musical film co-directed by Eric Summer and Eric Warin, which tells the story of an orphan girl who dreams of becoming a ballet dancer, was screened in China in early 2017 and achieved a box-office gross of 40 million yuan.

"There are about 30 million students aged between 3 and 18 years old learning ballet in China. We did a survey to see if those students and their parents would be interested in a Chinese ballet-themed animated film and 90 percent of them responded positively," he says.