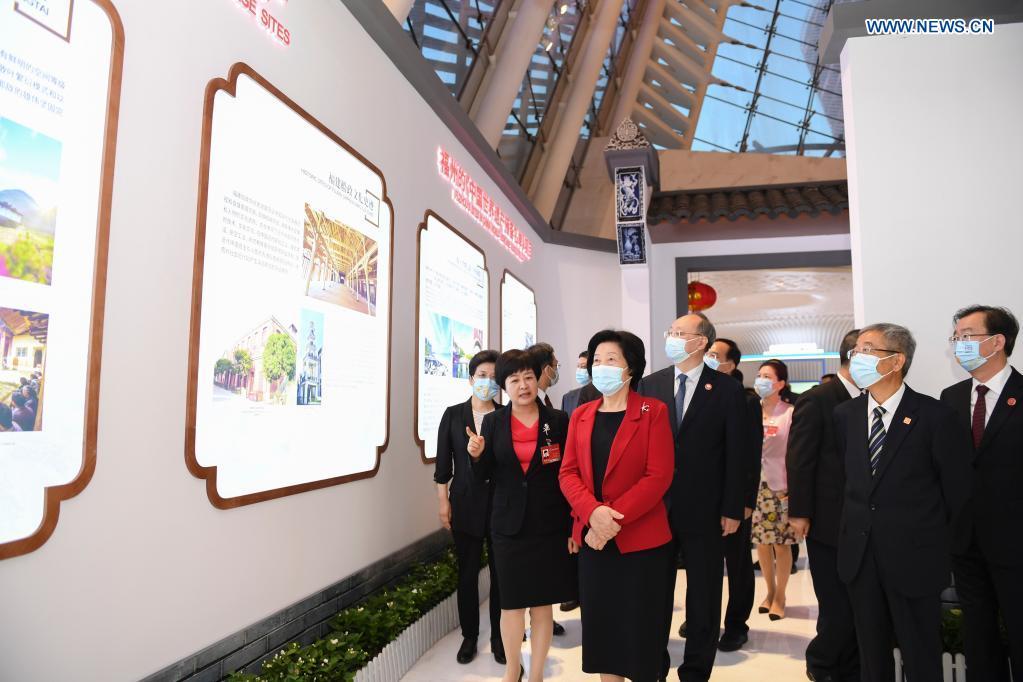 Chinese Vice-Premier Sun Chunlan, also a member of the Political Bureau of the Communist Party of China Central Committee, visits an exhibition before the opening ceremony of the 44th session of the World Heritage Committee of UNESCO, in Fuzhou, East China's Fujian province, July 16, 2021. Chinese President Xi Jinping sent a congratulatory letter to the session. (Photo: Xinhua)

Sun, also a member of the Political Bureau of the Communist Party of China Central Committee, made the remarks when addressing the opening of the 44th session of the World Heritage Committee of UNESCO. It was held in Fuzhou, the capital of East China's Fujian province.

In recent years, China has been promoting the work of heritage protection along with cultural industries, ecological development, and the poverty alleviation cause, Sun said. She noted that the country is developing a nature reserves system composed mainly of national parks and combating crimes involving cultural relics.