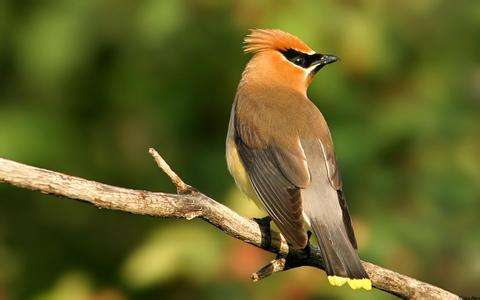 SHIJIAZHUANG, July 24 - Tian Zhiwei is determined to protect wild birds. He once drove 2,000 km over six provinces to return a stray wild goose to its migrating flock.

Tian, a 50-year-old veteran, is the director of the Daqinghe rescue station of the Wildlife Conservation Association in Tangshan City, in northern China's Hebei Province.

In 2004, Tian rescued 14 oriental white storks, and since then, has continued to protect and rescue wild birds.

Tian's hometown, located along the Bohai Bay area, is an important stop for migratory birds along their route between East Asia and Australia. Each year, millions of wild birds stop in the district, which has many wetlands and beaches.

In May 2014, Tian spotted an injured bar-headed goose in the reeds. He came to its rescue and raised it along with other wild birds and two geese that are kept in the station. The bird even got a Tibetan name, Zhoima.

"After recovering, Zhoima attempted to fly away to look for its flock, but one week later it returned," said Tian.

To help the bird find its companions, Tian drove more than 2,000 km from his hometown to bring Zhoima to Qinghai Lake on the Qinghai-Tibet Plateau.

"Unfortunately, when we arrived, the bird flock had already migrated south to the provinces of Yunnan and Guizhou," he said.

Tian brought Zhoima back to the station, and it has since settled down and mated with a domestic goose. Every year the mother goose lays about 60 eggs, and Tian tried to hatch these eggs in the hope of having some young geese. Finally, a gosling broke through the eggshell.

"Normally domestic geese do not fly much, but the mother goose, after spending so much time in the wild, often flies high with her mate," he said.

The Daqinghe station now has more than 20 volunteers and is famous among wildlife conservationists.

Tian himself was also invited to participate the revising of wildlife protection laws, thanks to his broad knowledge in this field.

"We hope our work will help increase people's awareness of wildlife protection. I'm glad to see that poaching wild birds here has greatly decreased in recent years," he said.