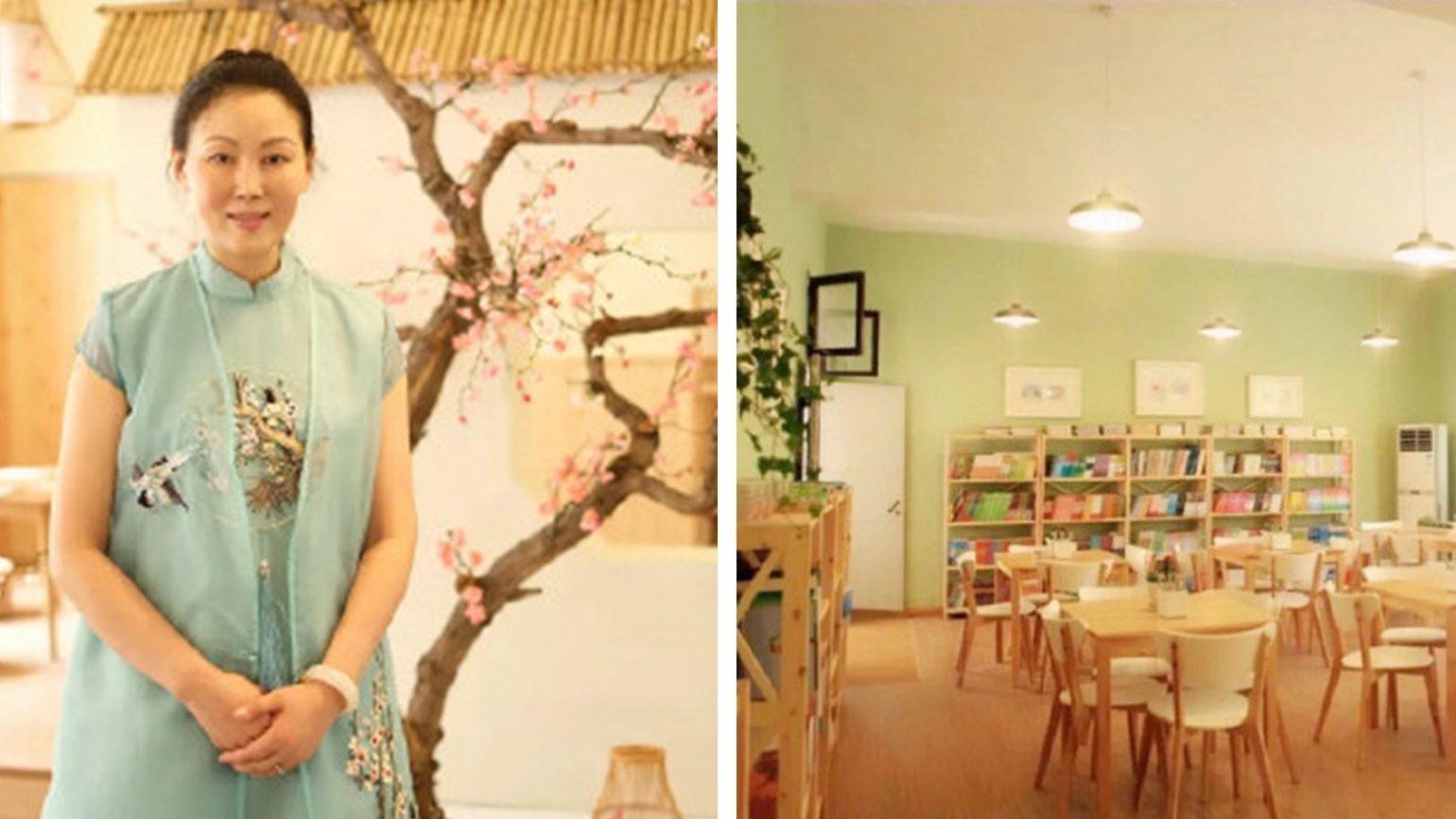 In 2013, Zheng Rong and 11 other women formed a charity group named "Cishe", or "Beneficent Society" in Chinese.

The group came about after they visited a primary school in Fuyang, a city in Anhui Province, also in east China. The limited reading material there inspired them to build rooms to provide comfortable and safe places for reading.

However, "due to various reasons," the group was dissolved after building two reading rooms, leaving 10 to be built by Zheng alone.

The project altogether costs Zheng two million yuan (about 292,500 US dollars) or so, bringing reading rooms to almost half of all the schools in Fuyang, the Hangzhou-based Qianjiang Evening News reported.

With the help of designer Li Yanqin, two reading rooms were built every year in the past six years. Zheng visited the region almost 40 times while they were being built.

Zheng has given every reading room a theme to help inspire the students. For example, the one in the Yucai School was named "Braving Snow and Frost."

"I am encouraging the students to be tough, whatever they have to face in the future," Zheng told Qianjiang Evening News.

Chinese authorities have also worked to improve the education conditions in rural areas.

Education expenditure on primary and middle schools in rural areas has risen by 60 percent in 2017, compared to 2012, according to a State Council working report released by the Ministry of Education in late August.

Some 45,000 university graduates and 10,000 retired teachers will be allocated in the next few years to remote areas, for improving education standards in the poverty-stricken areas, under a national scheme. The authorities also promised they would increase the training of rural teachers with public funding.

Zheng said her son, who is a high school student, is the only family member kept informed with the donation. "I will make sure he follows in my steps," she said.