China's women's volleyball team squeaked past the US on Sunday in the 3rd round of the 2018 FIVB Women’s World Championships. 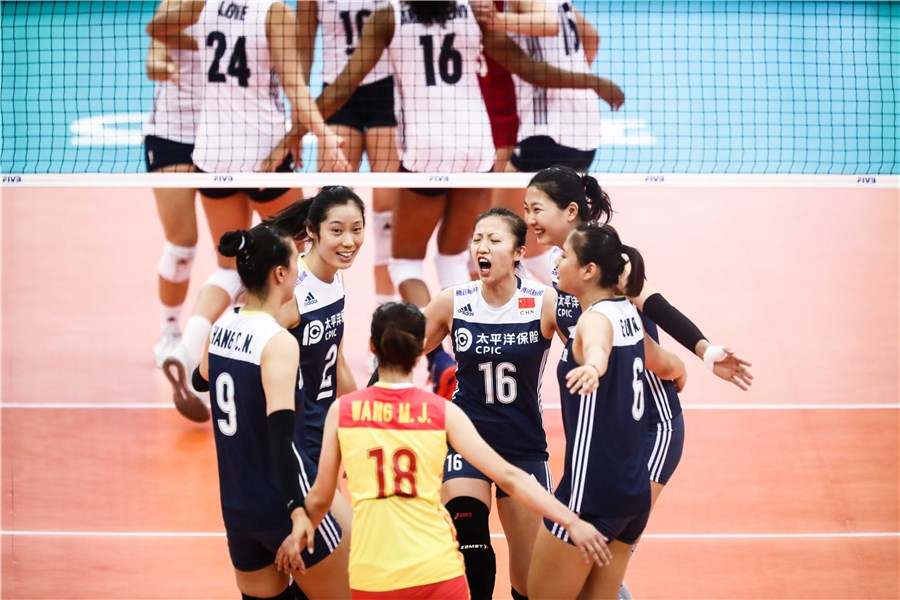 The Chinese women's volleyball team advanced to the semi-finals.

The reigning Olympic champions and two-time world champions are making their 14th appearance at the FIVB World Championship.

China is one of only two teams, along with Japan, to have competed in all 25 editions of the FIVB World Grand Prix, but it only won once, going undefeated in 2003. China hosted the first FIVB Volleyball Nations League this year in Nanjing, but was knocked out of the semi-finals by the US before beating Turkey 3-0 to claim the bronze.

Chinese volleyball coach Lang Ping said at a press conference on Saturday that she hopes her team will bring their best to the upcoming matches in the third round of the FIVB Volleyball Women's World Championship.