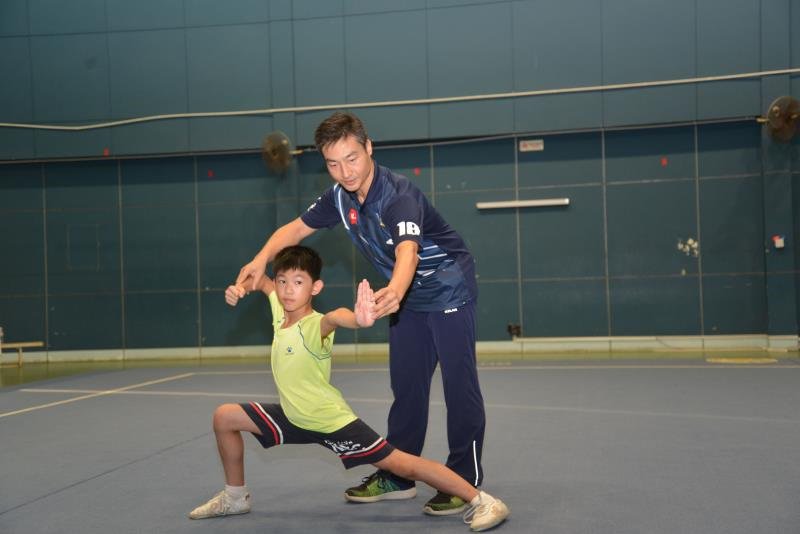 Every afternoon, dozens of children gather at a stadium in Brunei capital city of Bandar Seri Begawan to practice Chinese Kungfu, or Wushu.

These children, at the age ranging from six to over 20, were practicing the splits, upward bow pose, high knees, horse stance, kicking and other moves of Chinese martial arts just as any Wushu students do in China.

They are students of Chinese Wushu coach Lihui, who serves as the coach of the first-ever Brunei national Wushu team.

Among the more than 60 students at Menglait Sports Complex, 12 are from the Brunei national team.

"Some ten years ago, martial arts Wushu came across the ocean from China to Brunei by chance," said Li.

He recalled that in 2006, he came to the sultanate with a Chinese delegation to perform Wushu to celebrate the 15th anniversary of diplomatic relations between China and Brunei.

Starting to learn Wushu at the age of 7, he began his career as a Wushu coach after quitting a provincial sports contingent in northern China.

The martial arts performance impressed the Brunei side and they initiated invitation to the Chinese side, asking to send coaches to the country to help build up the development of Wushu in Brunei. Li was appointed as head of the country's first national Wushu team. 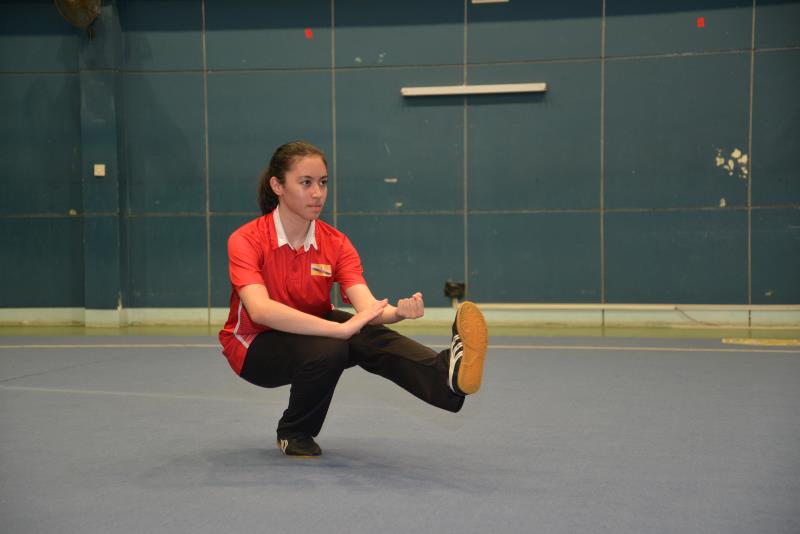 He proudly told Xinhua that after ten years of efforts, Wushu has grown to a popular sport in Brunei that wins medals in different international sports events for the country.

"Wushu now not only attracts children to learn it, but also became a window for the Brunei society to understand Chinese traditional culture," Li said.

He said that before he came to Brunei, the country has no professional Wushu training, therefore "everything had to start from zero."

Li had taken up several roles and done many work by himself. He chose students, taught and trained them step by step, and finally they were paid back by trophies after years of efforts.

In 2009, Faustina Woo Wai Sii and Lee Ying Shi won the bronze at the 5th Asian Junior Wushu Championships in Macau, China, which was the first time that the sultanate won a medal in an international Wushu competition.

The medal amazed the country and helped Wushu to grow further here.

Lim added that the federation sends Wushu students to train in China, and invites Chinese coaches to teach here.

He grabbed two gold medals in Nanquan and Nandao respectively and a bronze medal in Nangun during the 6th International Pars Wushu Cup held in Iran in 2017.

For his good performance in Wushu, he acted as Brunei's flag bearer at the opening ceremony of 29th Southeast Asian (SEA) Games 2017 in Kuala Lumpur.

"It was very hard at the beginning, I began to learn Wushu from coach Li at the age of 7 and I am getting better and better since," the Bruneian athlete told Xinhua.

He mentioned that as the first generation of Wushu athletes of the sultanate, he wants to win medals and pride for his home country Brunei.

He said that he loves Wushu so much and he would ask his young sister, now at the age of 3, to learn Wushu in the future with coach Li as well.

Basma Lachkar, 15, has been learning Wushu for five years and she is good at Tai Chi.

She won a silver medal in Tai Chi at last year's SEA games and acted as the country's flag bearer of the Asian Games 2018.

"Learning Wushu changed me, at first I just do some exercise, but later I began to understand Chinese martial arts better, especially the Chinese philosophy hidden inside Tai Chi, and I feel much honored to win the silver for Brunei," she said.

As the national Wushu contingent keeps grabbing medals, Wushu has become a more and more popular sport in the country with support from Brunei's Royal Family and government.

"It is much easier now to find talent boys and girls as more and more parents are willing to let their children to learn Wushu," Li said.

"As the coach, Wushu can be a bridge to help Brunei and China to better understand each other, I feel so proud," Li said.