LOS ANGELES, March 15 (Xinhua) -- Chinese youth drama film "Better Days" has made the list of nominations for Best International Feature Film at the 93rd Academy Awards, also known as the Oscars, according to the list of Academy Award nominees released by the Academy of Motion Picture Arts and Sciences (AMPAS) on Monday. 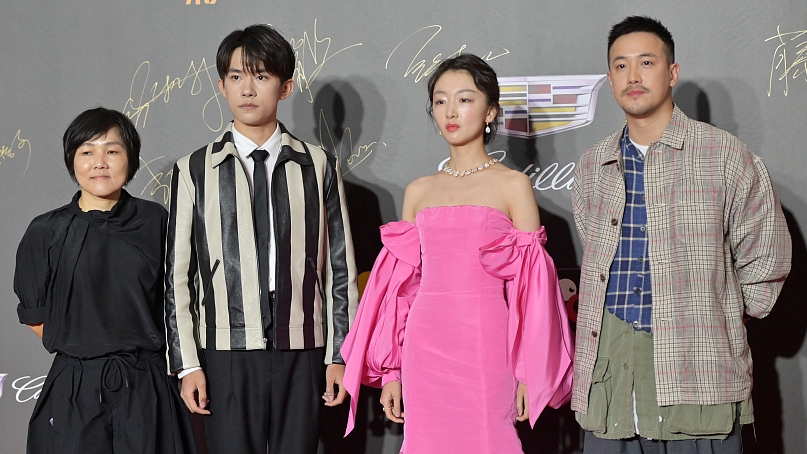 Selected as the entry of Hong Kong, China, the film will compete for the top prize in the category with "Another Round" (Denmark), "Collective" (Romania), "The Man Who Sold His Skin" (Tunisia) and "Quo Vadis, Aida?" (Bosnia and Herzegovina).

Starring actress Zhou Dongyu and the boy band TFBoys' member Jackson Yee, the film by Hong Kong director Derek Kwok-Cheung Tsang puts the spotlight on school bullying. In the film, Chinese girl Chen Nian, who is single-mindedly preparing for the national college entrance exam, becomes a target of relentless bullying and then forms a strong friendship with small-time criminal Xiao Bei. The two are dragged into a murder case of a teenage girl where they are the prime suspects.

The film released in 2019 on the Chinese mainland had been a box-office hit in the season, grossing more than 1.58 billion yuan (about 243 million U.S. dollars), according to the Chinese film database Maoyan. The film boasts 9.4 out of 10 user rating on the Maoyan platform, averaged from 1.76 million viewers.

American biographical drama film "Mank," directed by David Fincher, led the pack of nominees for the 93rd Oscars with 10 nominations, including best picture.

The pandemic-delayed 93rd Oscar awards ceremony will be held on April 25.