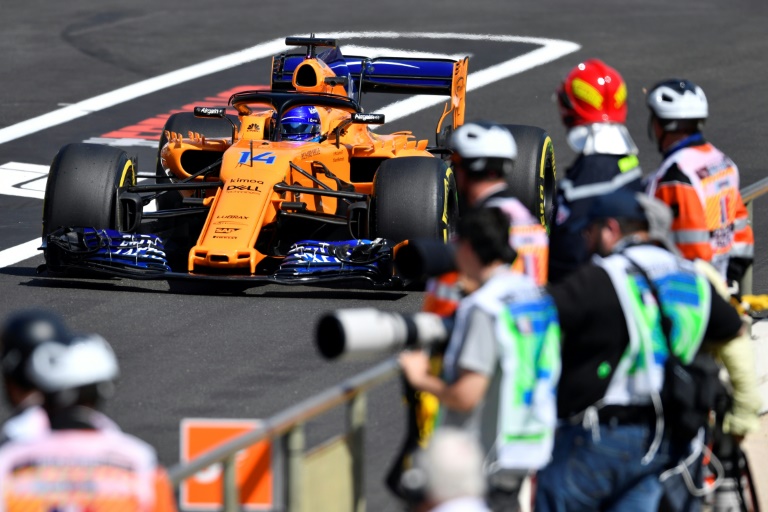 McLaren's Fernando Alonso was again behind the pace-setters in the opening practice sessions ahead of the French Grand Prix.(Photo: AFP)

Under-fire racing director Eric Boullier on Friday defended himself and McLaren after media reports of unrest in the team and calls for his resignation.

The Frenchman, who has overseen successive years of disappointment with Honda and Renault engines, said the claims of a rebellious mood were exaggerated.

In particular, he rejected one report, published in the Daily Mail in the UK, that suggested staff were upset at being given Freddo chocolate bars as a bonus.

"I think it's a matter of a couple of people who are grumpy and, actually, in some ways, it might be good for us because we've had a lot of feedback -- and good feedback.

"There have been a couple of stories about some 'chocolate-gate' in the media today, which have been a bit funny to read.

"Again, it was good because we've had emails from people saying this is a joke.

"There are maybe a couple of people grumpy. In any organisation, you have some people who agree or disagree.

"We have invited them to come and see us, to see what the problems are, rather than talking through the back door."

He also rejected a direct suggestion during a news conference on Friday that he should resign.

"We are on a journey with a new Renault engine partner. We have a good team of people," he said. "A year ago, we had no points at all. We are now in the fight for fourth with Renault."

He added that McLaren's 2018 car was not working as hoped or expected, but said the team were in an experimental and transitional period, and robustly defended his record of winning titles with every team he has represented.