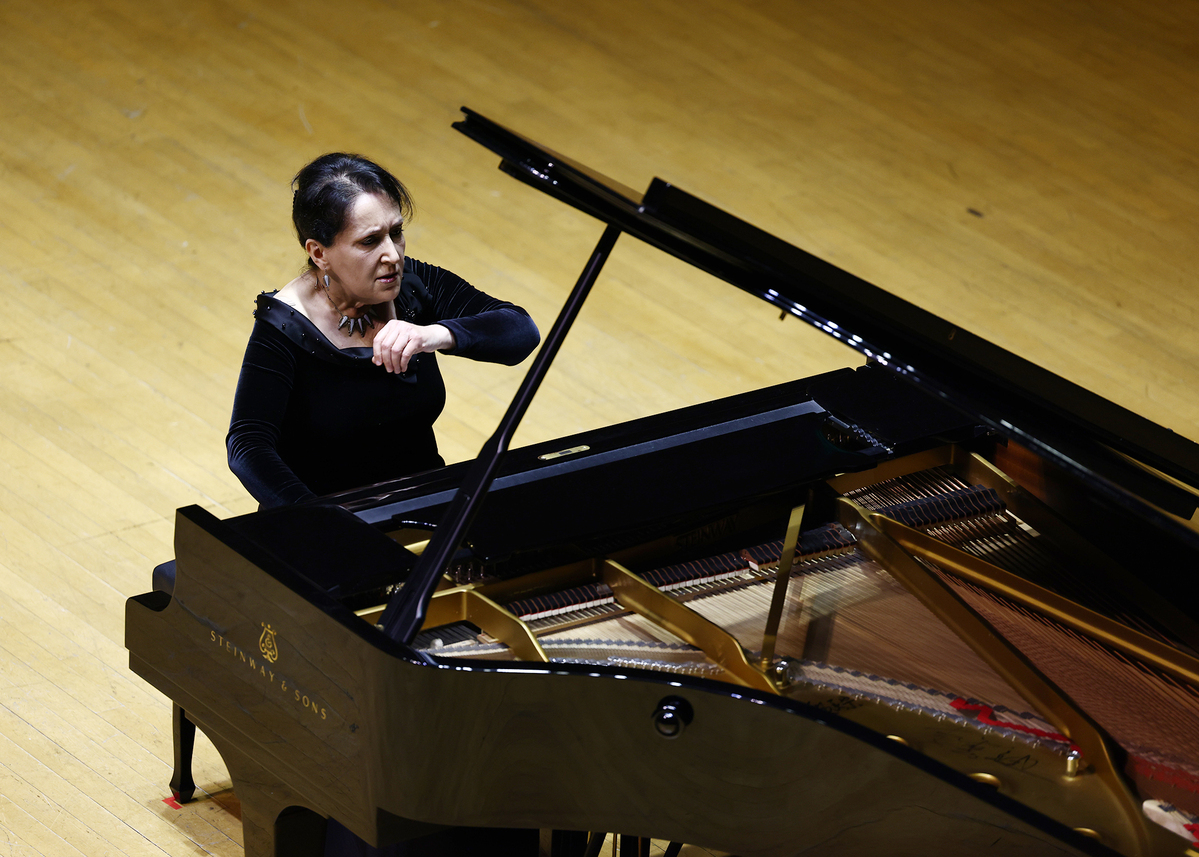 Pianist Angela Cholakian gave a recital on July 29 at the Beijing Concert Hall as a part of its 2022 Gateway to Music series. [Photo: China Daily]

Pianist Angela Cholakian gave a recital entitled Liebesleid and Liebesfreud last Friday at the Beijing Concert Hall as a part of its 2022 Gateway to Music series.

The recital's program included works by masters including Beethoven, Chopin, Tchaikovsky and Theodor Leschetizky. Cholakian said when putting together the pieces to perform at the recital, she thought about what the audience would like to hear since the COVID-19 pandemic.

"I chose music from composers who have been in dark places in their lives and who understood what it takes to regain peace, joy and happiness. In addition, the music that I will play is full of love, without which we will lose compassion for one another," she said.

Now teaching at Soochow University's School of Music in Jiangsu province, Cholakian began to take piano lessons at the age of 4 in Russia, later studying at the Moscow State Tchaikovsky Conservatory and founding the Tchaikovsky Music Academy in Los Angeles.