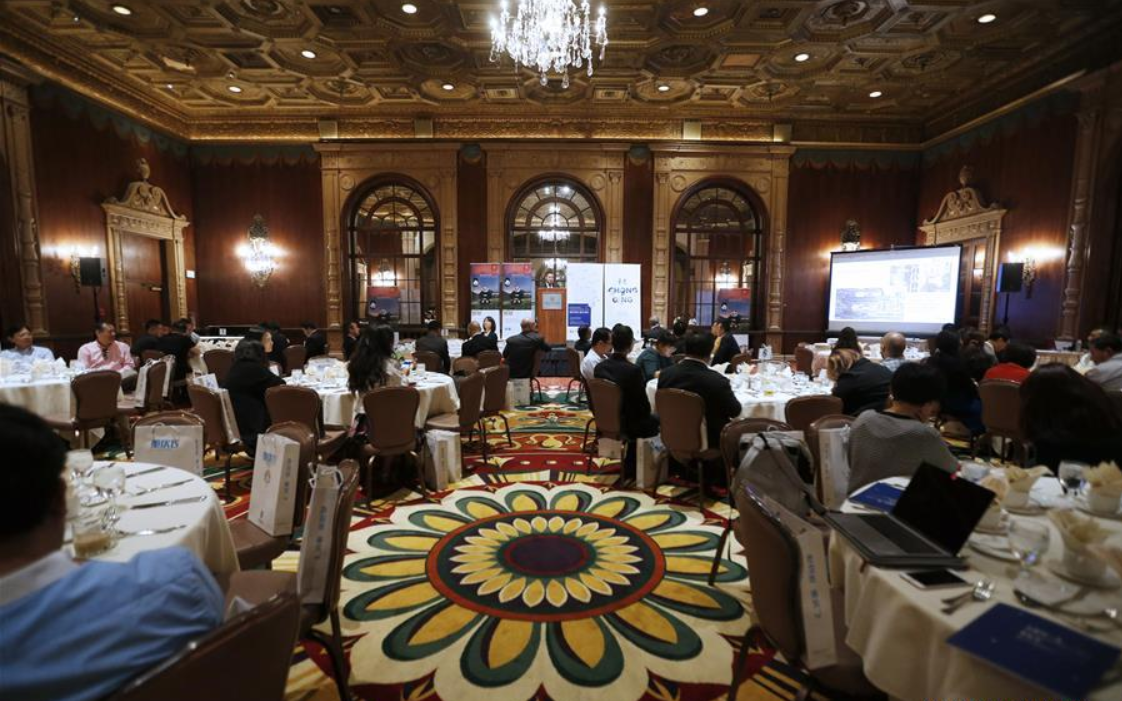 Photo taken on Sept. 11, 2018 shows the scene of a tourism seminar hosted by China's Hainan Airlines and Chongqing Airport Group to promote tourism in the Southwestern Chinese metropolis of Chongqing in Los Angeles, the United State. (Photo: Xinhua)

Representatives from the tourism industry in China and the United States made speeches introducing tourism resources in both countries, saying they look forward to expanding collaboration.

"It's been more than one year since we opened the direct flight, and it is the first time for us to be here, presenting the beautiful city of Chongqing to people in the US" said Huang Wei, chairman of the supervisory board of Chongqing Airport Group Co., Ltd.

With the newly developed Terminal 3 at the CKG, the city receives over 60 million passengers a year from all over the world, making it a major air hub in western China.

According to Huang, the CKG is expected to have over 100 international and domestic air routes in 2020.