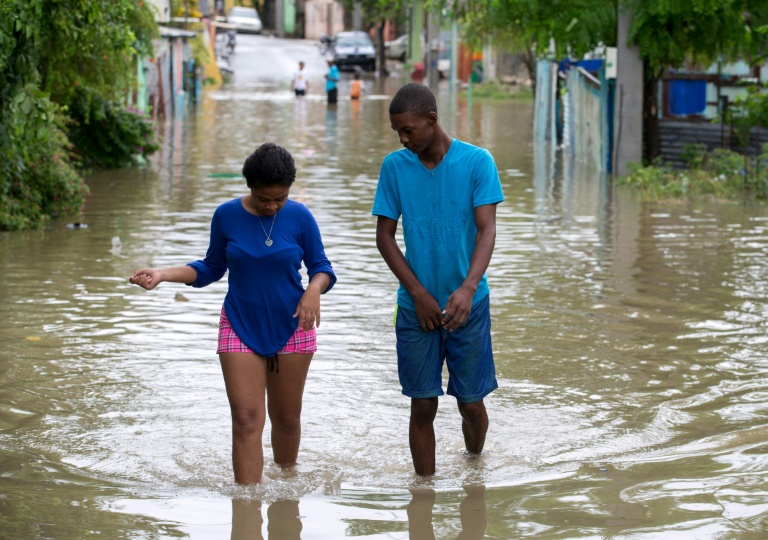 People wade through water in the flooded Moscu neighbourhood, in San Cristobal, Dominican Republic, after heavy downpours from the remnants of Tropical Storm Beryl, as Hurricane Chris formed off North Carolina (Photo: AFP)

Tropical Storm Chris surged Tuesday into hurricane strength as it churned away from the US East coast and became the second hurricane of the Atlantic season, forecasters said.

Chris, a Category One hurricane, packed maximum sustained winds of 85 miles per hour (140 kilometers per hour) and was about 205 miles east-southeast of Cape Hatteras, North Carolina.

It was headed northeast away from the United States, with "some additional strengthening" forecast Tuesday night and Wednesday, the Miami-based National Hurricane Center warned.

It cautioned that swells generated by Chris "could cause life-threatening surf and rip current conditions" along the coast of North Carolina and the mid-Atlantic states.

On Friday Beryl became the first hurricane of this Atlantic season before weakening. Remnants of Tropical Storm Beryl continued to be a rainmaker in the Caribbean, affecting the Dominican Republic and Haiti as well as Western Cuba, the NHC said.