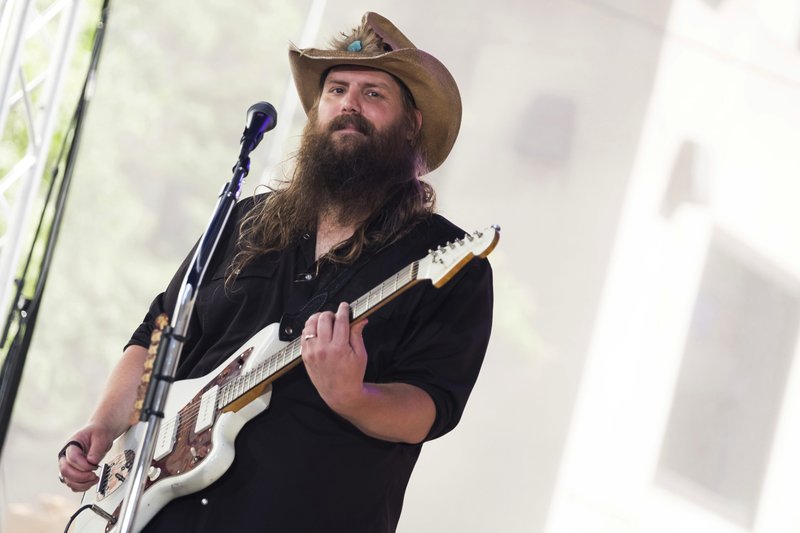 Reba McEntire announced the nominations Thursday on “CBS This Morning” as well as her return as host for a record 15th year. The show will air April 15 from Las Vegas on CBS.

Thomas Rhett earned six nominations, Keith Urban had five nominations, and songwriter and producer Shane McAnally had five nods. Miranda Lambert and Maren Morris had four nominations each. The top category of entertainer of the year was an all-male line-up including Stapleton, Urban, Jason Aldean, Garth Brooks and Luke Bryan.

McEntire, who recently took on the role as the first female Colonel Sanders for KFC advertisements, has hosted the awards show more than anyone, dating back to 1986. She has co-hosted the show with Hank Williams Jr., Alan Jackson and Blake Shelton, and hosted solo for several years. McEntire is also nominated for female vocalist of the year.

Rhett’s nominations include album of the year for “Life Changes” and male vocalist of the year, which he won last year. He is also nominated for vocal event of the year with Morris for their duet “Craving You” and music video of the year.

Rhett, who has two daughters with his wife Lauren including his youngest Ada who was born last year, woke up to a flurry of text messages Thursday, but otherwise it was a typical morning for the family.

“I got Ada out of her bed and told Lauren that I had six nominations and she said ‘Congrats babe’ and then we went and changed a diaper,” Rhett said.

Rhett said he was surprised to have won male vocalist last year, so he was grateful to see his name in the category again this year, alongside Aldean, Stapleton, Urban and Chris Young.

“I have been off the road since November, just trying to take a break and figure out this whole dad thing,” Rhett said. “So there was a time there I was like, ‘I think the world is just forgetting who I am.’ So to have these nominations was a nice surprise during an off-season for me.”

Urban earned nominations in the categories of male vocalist, song of the year for his song “Female” and vocal event of the year.

Morris is nominated for female vocalist and is nominated twice in the vocal event of the year category, once with Rhett and another for a duet with Vince Gill called “Dear Hate,” which was released after the mass shooting at a Las Vegas country music festival last year.

Other nominees for female vocalist include Kelsea Ballerini and Carrie Underwood, who is also nominated for vocal event with Urban for their song “The Fighter.”

In the song of the year category, only four nominees were selected instead of five. Those include Hunt’s big smash “Body Like a Back Road,” which broke the record for the most weeks atop the Billboard Hot Country chart, Lambert’s “Tin Man” and “Female” by Urban. Stapleton’s “Whiskey and You” was a surprise inclusion because it was an album cut from his 2015 “Traveller” record.

In the single record of the year category, nominees include Stapleton for “Broken Halos,” Little Big Town’s “Better Man,” ″Body Like a Back Road,” ″Drinkin’ Problem” by Midland and “I’ll Name the Dogs,” by Blake Shelton.