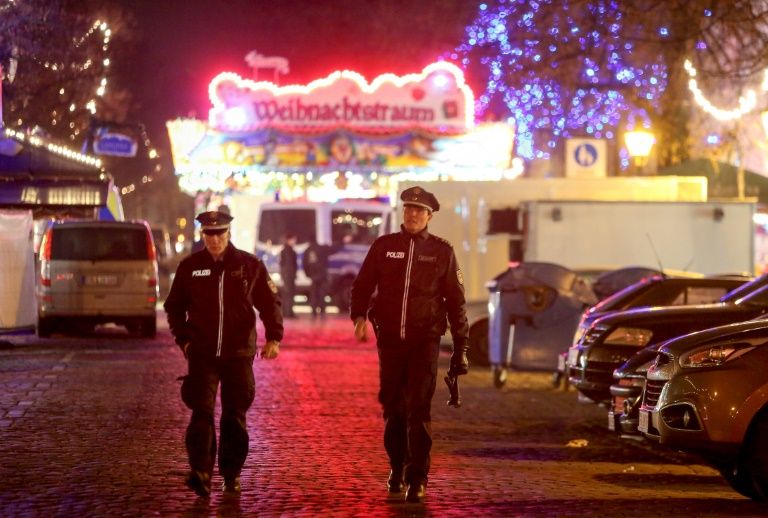 A pharmacist sounded the alert after finding a canister with wires inside a package near the Christmas market in Potsdam. Photo: AFP 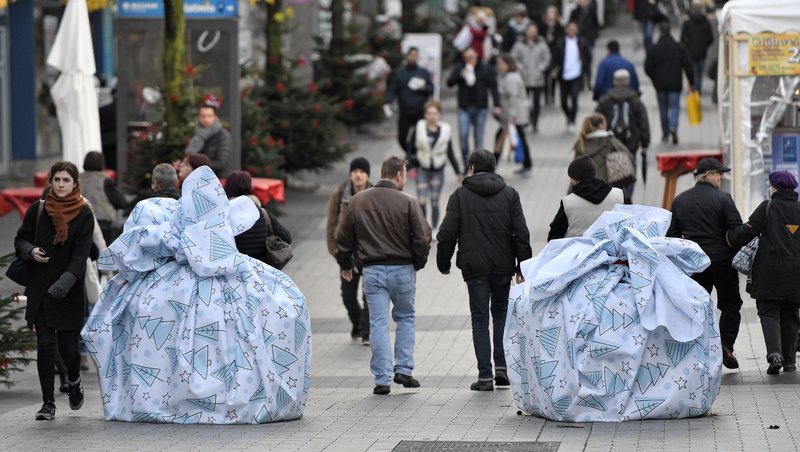 Christmas markets opened across Germany amid heightened security, almost a year after a terror attack on a Berlin Christmas market killed 12.  Photo: AP

Those responsible for a suspicious package that prompted the evacuation of the Christmas market in Potsdam were attempting blackmail, not terrorism, German authorities said Sunday.

"It was not an act of terror but a common crime," said Heinrich Juncker, the prosecutor in charge of the investigation.

The device, discovered late Friday at a pharmacy just off the market in central Potsdam, a picturesque city near Berlin, revived fears of a repeat of last year's deadly terror attack at a Christmas market in the German capital.

According to authorities, the device found Friday was part of an attempt to extort millions of euros (dollars) from German delivery service DHL.

In a letter addressed to DHL, the blackmailers demanded "a sum amounting to several million euros" and threatened to send other parcel bombs -- in the middle of the Christmas period -- if they were not satisfied, said Brandenburg interior minister Karl-Heinz Schroeter.

Local authorities had said the cylindrical canister was filled with nails, powder, batteries and wires -- as well as a powerful firework of a type not allowed in Germany -- but there was no sign of a detonator.

However upon closer examination, police on Sunday said the device could have gone off.

"It had the ability to function" and could have caused "very serious injuries and killed people," Schroeter said.

A pharmacist sounded the alert after finding a canister with wires inside the package. The pharmacist heard a "whistling" sound when opening it, which investigators believe means the explosive did not work as planned -- although it was programmed to explode.

Police said this incident may be connected to one that occurred last month in the same Brandenburg region.

In that case, a parcel bomb was also sent to a local company but just caught fire when opened.

Authorities now think the suspects are from the Berlin region.

"The blackmailers warned they would continue to send parcel bombs if DHL does not pay," said local police chief Hans-Juergen Morke, calling on Germans to remain vigilant.