Christopher Doyle on stage and film 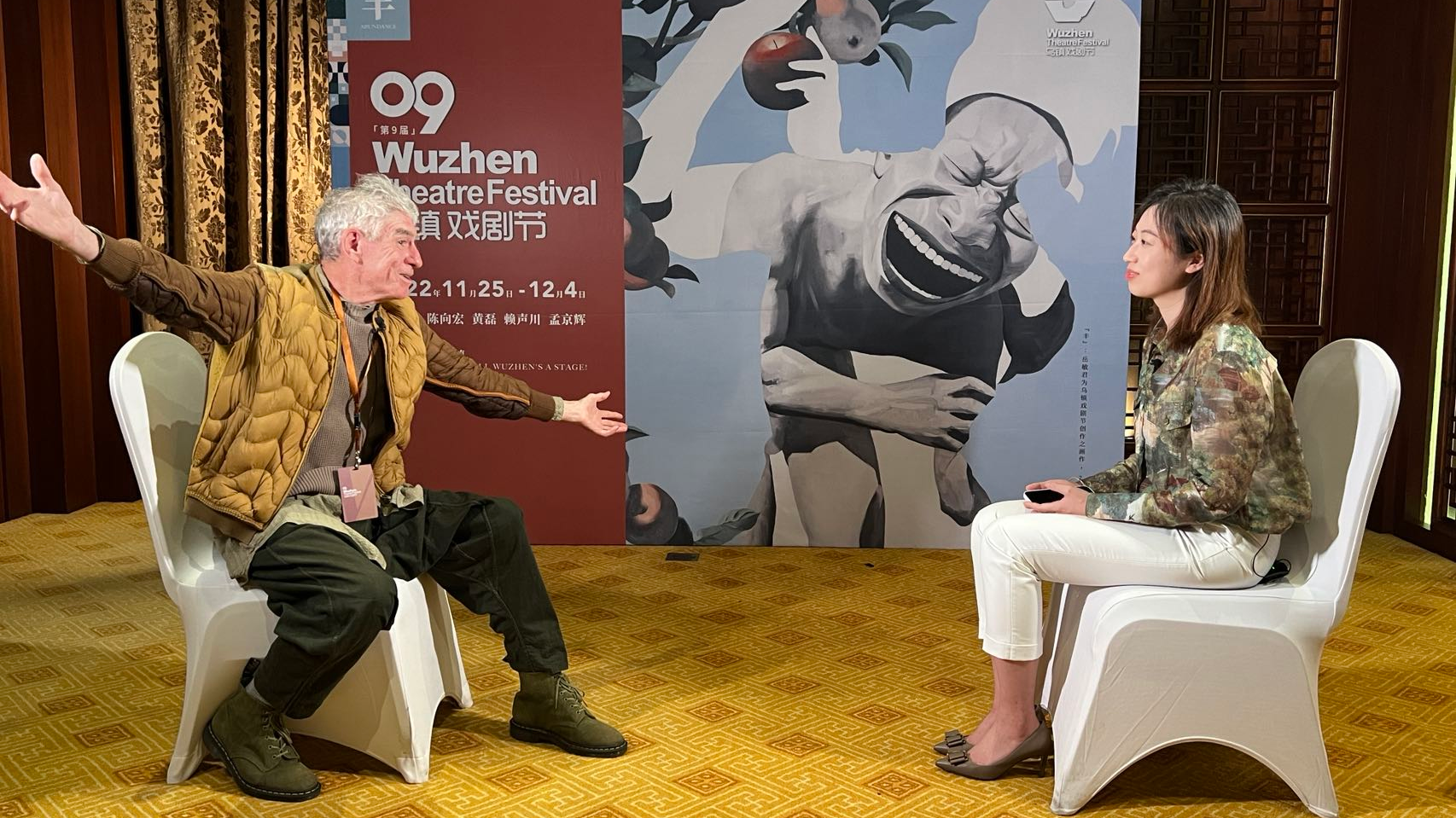 Christopher Doyle is a cinematographer whose name has become synonymous with the great works of recent Chinese language cinema. CGTN sat down with him, talking about the differences between stage and film, and how life experience has shaped his work.

There are different dynamics between stage and film.

Doyle is a cinematographer, director and actor. When talking about the similarities and differences between film and stage, he said it's the "space."

"In theater, performance has to be projected, then you need to have the intimacy on stage so there's a very different dynamic going on for the actors whereas in cinema it's really much me and the actor. So I always say there are only three people in cinema, it's you the actor, me the cinematographer and the audience, and my job is to share to get that. There’s different energy and way of sharing between stage and film."

"I'm the most privileged person in Chinese cinema."

Doyle left Australia at the age of 18 and arrived in Hong Kong at the age of 28. He is a nourisher of both Western and Eastern cultures.

"I grew up in the 1960s which was a special time in Western history, That's a great privilege in a certain way that I had crazy experiences.I traveled the world as a merchant marine and did other things. For those experiences, I went through them young enough that influenced me in some way that actually later in life has become extremely important."

"But I think what I'm doing now, I think everyone would agree they can't get rid of me. I'm part of the Chinese film or culture or art or whatever word you call. I am part of it, but I'm not Chinese. Actually, I'm not Christopher Doyle, I'm Du Kefeng 杜可风. I have this incredible freedom that most people, any artists need to have. I'm the most privileged person in Chinese cinema because I'm free, I don't use it as a tool, but I take refuge in it."

Doyle said If people don't work hard, people won't get there. Talent is nothing without work.

“Looked at my own work, it was only about eight years after and a number of films later that I really felt comfortable about what I'm doing. And that was when we did ‘Days of Being Wild.’ Before that, I think I was still fumbling around, sometimes you find fantastic stuff, sometimes it was a total mess. And then I realized suddenly something opened, some light went on and from then on it became quite different and much easier. But it took a certain amount of time. People ask me all the time. What's your best film? I'm not being facetious or being cute. I say the next one, it has to be the next one, you have to do better.”

Doyle is now working on a documentary "Your Secret Love For My Peach Blossom Land"with director Hei Wen.

"It’s the 30 years of ‘Secret Love and Peach Blossom Land.’ So we're getting as many people as possible who have acted the play in different parts of China at different times in the last 30 years. So we're putting them together and seeing what happens, see what sort of new form will come out of this."

Doyle speaks on advice for youth with dreams in film and the cinema industry: "You want to do it or even if you think you want to do it, don't do it. If you need to, do it."