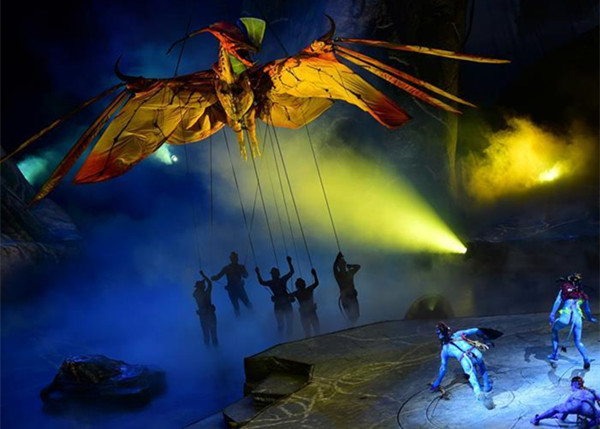 Cirque du Soleil's "Toruk - The First Flight" opened in Beijing on Wednesday, mesmerizing and stunning the audience with magnificent lighting, special effects, illusions and acrobatics as well as costume designs fit for the moon Pandora.

James Cameron-directed Hollywood blockbuster Avatar grossed $2.78 billion from box offices worldwide from 2009-10, the highest ever, including 1.38 billion yuan ($225 million) in China in 2010. Cameron was also involved in creating the stage production for the premiere of "Toruk" in 2015, which served as a sort of prequel to Avatar.

Inspired by the film, the story of "Toruk" is set in Pandora's past, and follows four main characters who set out on a quest to save the Na'vi race from a natural catastrophe, involving a prophecy concerning a threat to the Tree of Souls. "Toruk" has been touring the world since 2016.

Chinese conglomerate Fosun along with US private equity fund TPG Capital, purchased a majority stake in the Canadian circus entertainment giant in 2015. With the help of Fosun, Cirque du Soleil increased their number of shows in China, with "Toruk" being one of them.

"Toruk: The First Flight," directed by Michel Lemieux and Victor Pilon, has a crew composed of more than 60 artists, acrobats, singers, as well as musical directors, musicians, puppeteers, choreographers, and sound and light engineers from around the world.

Additionally, a massive backdrop the size of five IMAX screens surrounds the performers and acts as a dynamic and psychedelic backdrop, which responds to nearby movement via a myriad of motion sensors and 40 projectors. The performers need two hours to apply their blue make-up, and there are more than 115 costumes and more than 1,000 accessories for the show.

"Toruk" is the 37th show produced by Cirque du Soleil since the circus theater company was established in 1984. The company has 4,000 employees around the world, including performing artists from 50 different countries. More than 190 million people from 450 cities of 60 countries have watched the Cirque shows.

"Toruk: The First Flight" has already toured China's Sanya, Hainan Province earlier this year from February 1 to May 1. In Beijing, it will perform from August 1-12 at the Cadillac Center. After, it will go to Shanghai to perform at the Mercedes-Benz Arena from August 16-26.

In addition to the stage show, Cameron has signed with 20th Century Fox to make four sequels, with Avatar 2 and Avatar 3 currently filming, to be released on December 18, 2020, and Deceber 2021 respectively, following the film's success nearly a decade ago.

In 2011, Cameron, Lightstorm, and Fox also entered a licensing deal with The Walt Disney Company to feature Avatar-themed attractions at Walt Disney Parks and Resorts worldwide. The first themed area, known as "Pandora – The World of Avatar," opened on May 27, 2017 in Disney's Animal Kingdom at the Walt Disney World Resort in Bay Lake, Florida. 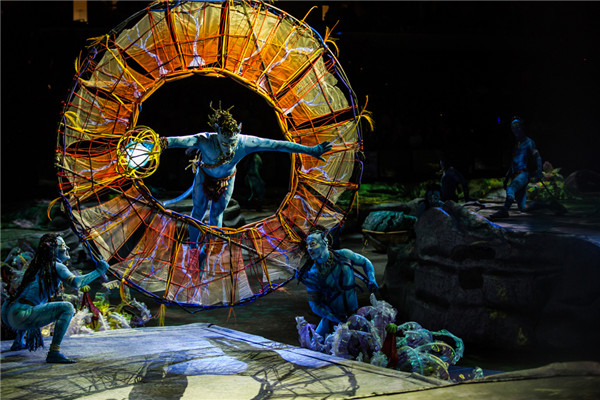 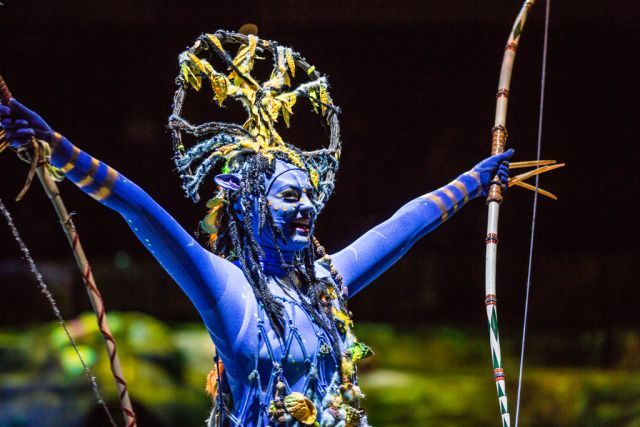