As more urban residents choose to keep a dog as a pet, cities across China have started to introduce regulations to encourage responsible dog ownership, reports Xinhua News Agency. 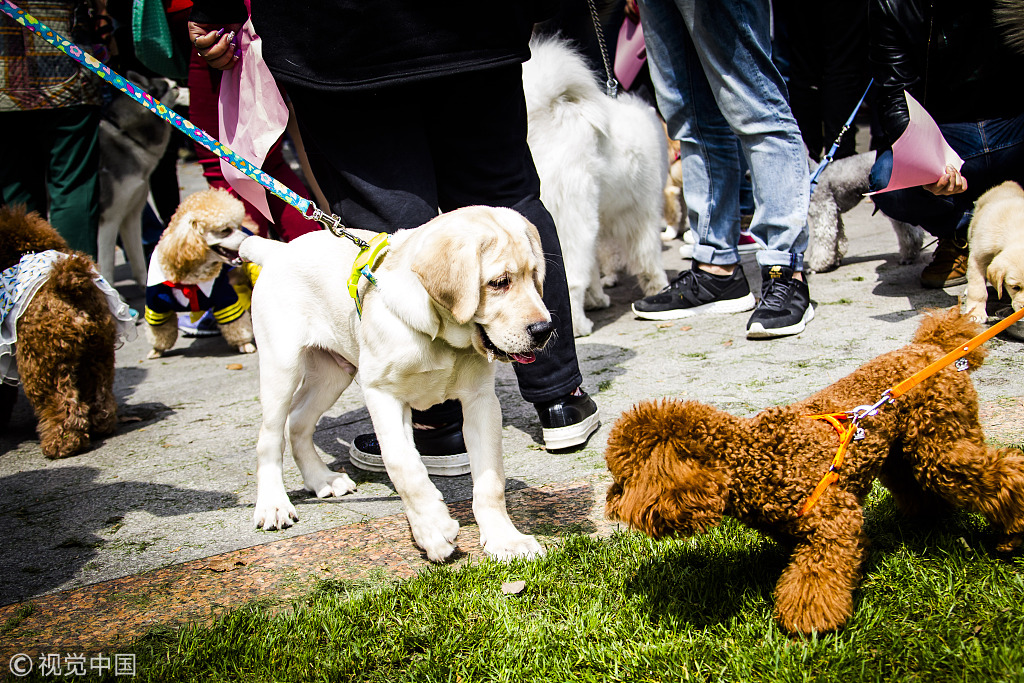 Dog owners take their dog for a walk on a leash in Nanjing, Jiangsu Province. (Photo: VCG)

In Jinan, the capital of Shandong Province, a credit scoring system was introduced at the beginning of last year. Dog owners will lose points if they walk their dogs without a leash. They will also lose points for not carrying a valid pet licence, or if their dogs disturb other people. Dog owners who lose all of their 12 points are required to attend classes on good pet ownership, and their dogs will be impounded until the owners pass the exam at the end of the course.

In the city of Wuhan in Hubei Province, owners have to ensure that their dog wears an identification tag, and that they are kept on a leash and wear a mouth guard so prevent them from biting people.

And a neighborhood in Yangzhou, Jiangsu Province, has produced a short film calling for residents to be responsible dog owners. Dog owners in the neighborhood have also started going on local patrols to remind fellow owners to follow the rules governing dog ownership.

In addition, keeping large or strong dogs has been banned in many cities.