CULTURE City of Wild: How do birds keep their chicks clean?

City of Wild: How do birds keep their chicks clean? 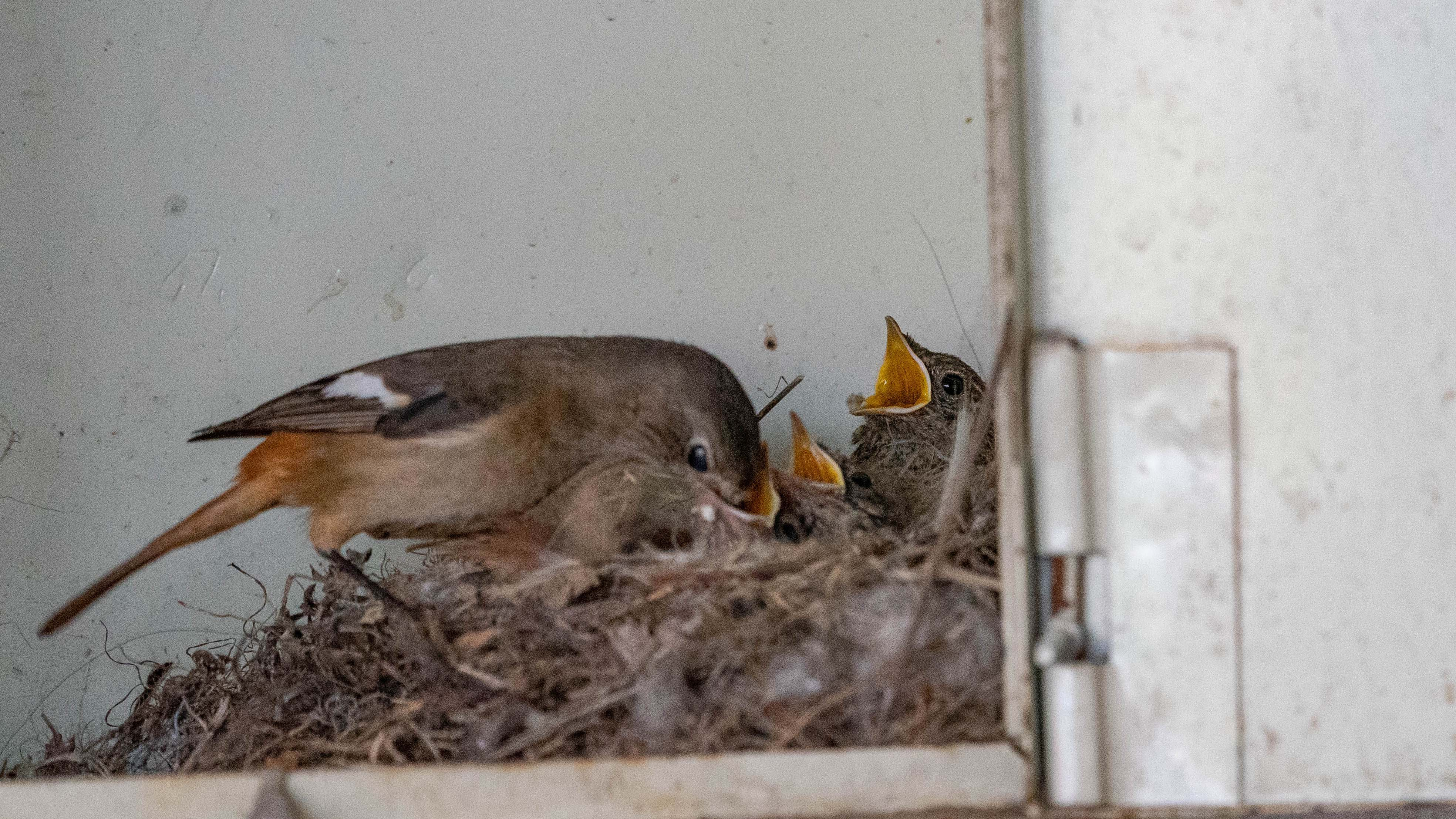 The mother bird feeds her children, May 10. (Photo: CGTN)

A white-winged redstart nest is found at an abandoned factory at Miyun District in northeast Beijing. The family has three chicks who still depend on their parents for food. As its name suggests, the adult male is black with a white cap and orange belly, while the female is a warm brown with darker wings and an orange tail.

How do the white-winged redstarts keep their home clean and tidy?

Each nestling will excrete a fecal sac as a strong "bag" to put their poop! And the parents can easily grab the sac and remove it from the nest.

They were found by the owner of the factory who was going to renovate all the buildings. Considering the chicks are not able to fly, the owner decided to leave the nested building alone and refit others until these birds fly away.

Nature does not only exist in faraway mountains and oceans, but also in urban cities and our daily life. In the new series City of Wild, CGTN not only unfolds a world of wildlife you've never noticed, but also shares a concept of this year's CBD COP 15 theme: "Ecological Civilization – Building a Shared Future for All Life on Earth."