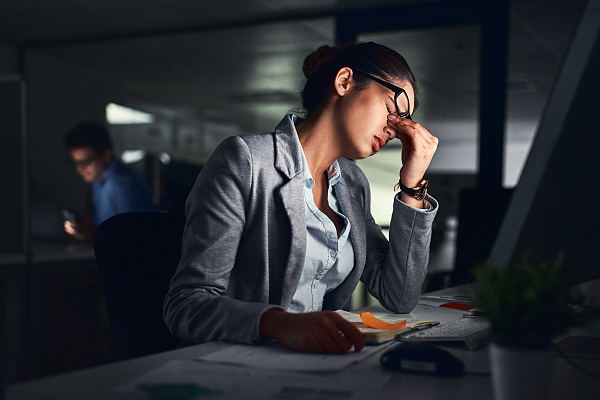 Legal professionals called for a court in Jiangsu province to further explain a ruling in which two employees were ordered to pay their employer after they refused to work overtime.

The court in Hanjiang district, Yangzhou city, released its ruling on April 29, saying that two workers who declined to work overtime, causing their company to lose 120,000 yuan ($17,000), had to pay the company 18,000 yuan.

The ruling quickly captured public attention, arousing controversy among Chinese netizens and ranking as the most-discussed topic on Sina Weibo during the five-day Labor Day holiday.

As of Tuesday, for example, a video on the case posted by a Jiangsu television station has received more than 6,400 comments and has been forwarded nearly 3,000 times since it was published on April 30.

Some netizens showed anger and concern about the punishment, while some offered understanding for the company's difficulties.

"In normal circumstances, a company doesn't have the power to force employees to work overtime in line with the Chinese Labor Law," Li Ya, a lawyer from Beijing Zhongwen Law Firm, said on Tuesday.

"In legal practice, however, workers sometimes may be liable for partial compensation for their refusal to work overtime, especially when they are in crucial positions in a company or they know their behavior will bring a financial loss to their employer who is facing an emergency production task," he added.

A judge from the court also said in the video that employees should obey overtime work requirements if their company encounters an emergency task, explaining that this circumstance applied to the workers in this case.

"The two employees knew the enterprise's task was urgent, but they still deliberately declined to work overtime," the judge added.

His remarks did not convince some netizens. Instead, they asked what defines "emergency" in this instance.

Xu Hao, a lawyer from Beijing Jingsh Law Firm, agreed with the netizens.

"It's essential for the court to give further explanation on how it identified the 'emergency' when making the ruling. Otherwise, the judgment based on the currently disclosed information is improper."

As a labor-related law specialist, Xu said that "emergency" as identified in the Chinese Labor Law mainly means disasters, defense tasks or incidents that may influence public interest or jeopardize people's safety, such as transportation failures.

"That is to say, employees cannot refuse to work overtime when they are confronted with such situations. For instance, an overtime request to repair a road is allowed," he said.

"In other circumstances, the law grants workers the ability to decline overtime or extra work."

To alleviate public concern, the court should provide more details about the case, Xu said.

"Just using an urgent enterprise production task as an overtime work requirement in the ruling is far from sufficient and may also be an extensive interpretation of the law."

Wang Tianyu, an associate researcher on labor law at the Institute of Law of the Chinese Academy of Social Science, also said the ruling is debatable.

He noted the law makes it clear that a company has to negotiate overtime with its trade union and laborers for production or operation.

"In this case, the two workers didn't want to work overtime, which was tantamount to a negotiation failure, so the enterprise couldn't force them to do extra work," Wang said.

"Employers have the right to organize manpower, so whether they benefit or not, this is something that the companies need to bear."