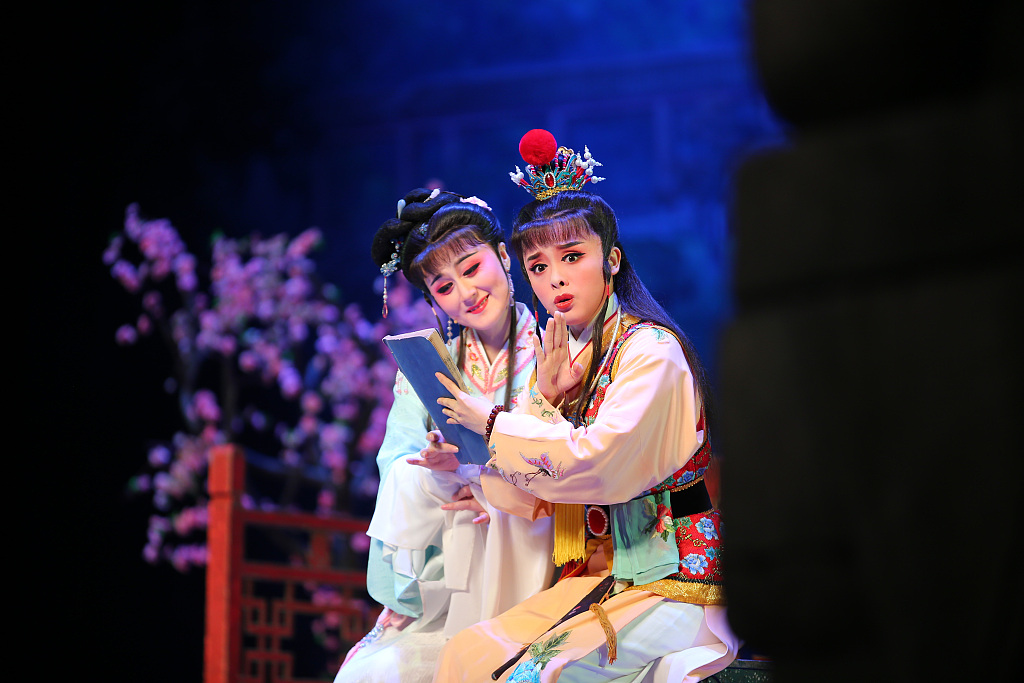 Scene from the classic Yue Opera "The Dream of the Red Chamber". (Photo: VCG)

The performance season consisted of 11 shows in five styles of opera performed by seven opera houses from Zhejiang including the classic Yue Opera "The Dream of the Red Chamber" and Kunqu Opera "The Peony Pavilion," according to the organizer.

Except for Kunqu Opera that originated in east China's Jiangsu Province, the other four styles of opera are originally from Zhejiang, the best known of which is Shaoxing Opera, also known as Yue Opera.

The closing show was a newly-created opera show reconstructing the history of Yue Opera and demonstrating the diverse culture of Zhejiang.