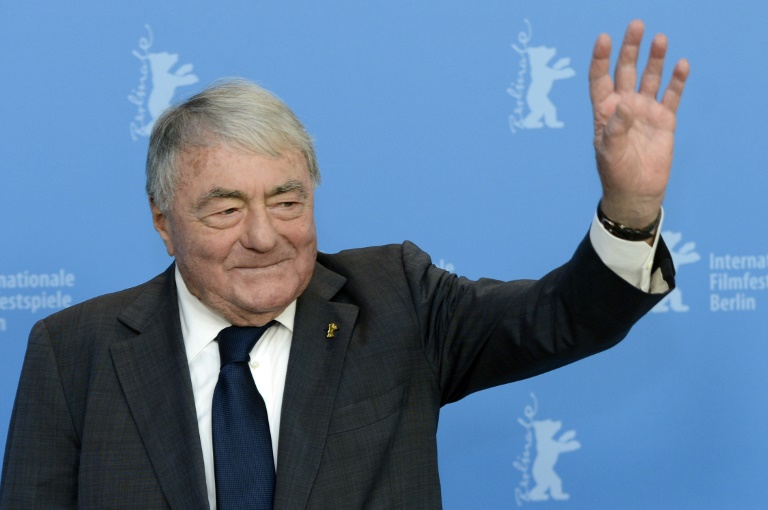 Lanzmann had never stopped working, regularly presenting films which often took their inspiration from chapters of his own life.(Photo: AFP)

French filmmaker and writer Claude Lanzmann, whose landmark 1985 documentary "Shoah" revealed the horrors of the Holocaust over nine hours of chilling eyewitness accounts, died in Paris on Thursday aged 92.

"Claude Lanzmann died at his home. He had been very, very weak for several days" following a recent hospitalisation for fatigue, a spokeswoman for his publishing house Gallimard told AFP.

Lanzmann had worked constantly since the 1972 release of his first film, "Israel, Why", often taking chapters of his own life as inspiration.

Last year for example he presented at the Cannes film festival "Napalm", about his brief but intense romance with a North Korean nurse in 1958.

And his last film, "The Four Sisters", was released in French cinemas just this week.

But it was the 1985 release of "Shoah" (the Hebrew word for "calamity" often used for the Holocaust), widely considered the most haunting film made about the murder of six million Jews during World War II, which propelled him to global acclaim.

The groundbreaking nine-and-a-half-hour work consists largely of interviews with survivors and witnesses of Nazi death camps in Poland, including camp workers, alongside shots of sites where the horrors occurred.

Lanzmann spent 12 years working on the film, compiling 350 hours of footage, much of which would be used for his later films on the Holocaust.

Many of the scenes remain hard to watch, including one of a man tearfully recounting how he had to cut the hair of women just before they entered a gas chamber, unable to tell them what awaited on pain of being sent in with them.

Lanzmann spent years tracking down the man, eventually finding him in Israel.

"If I am unstoppable it's because of the truth, which I believe in profoundly," he said in an interview with AFP last year.

Lanzmann, the grandson of Jews from Belarus, was born on November 27, 1925, in the Paris suburb of Bois-Colombes. His father was a decorator and his mother an antiques dealer.

In 1940 his father brought him and his brother and sister to Brioude, a remote village in the south-central region of Auvergne, where he taught them how to hide and make a quick escape.

"Through the branches we could see his SS boots and heard the anguished voice of a Jewish father: 'You moved, you made noise!'" Lanzmann wrote in his 2009 autobiography, "The Patagonian Hare".

He was also unsparing with himself, telling of his "cowardice" for not standing up for a red-haired classmate suffering anti-Semitic taunts at his Paris high school.

Lanzmann joined the French Resistance when he was 18, and after the war ended he taught at the newly founded Free University in Berlin.

Upon his return to France he earned his living as a rewriter at several French newspapers before becoming secretary to the existentialist philosopher Jean-Paul Sartre in 1952.

He was 26 when he met Sartre's partner, the feminist icon Simone de Beauvoir, then 44. They soon became lovers, one of several open relationships enjoyed by both Sartre and Beauvoir.

"We weren't a trio. I had a relationship of my own with Sartre," he said last year when he sold dozens of letters written by Beauvoir to Lanzmann, the only man she ever lived with, to Yale University.

Lanzmann would eventually become the editor at "Les Temps Modernes", the highly influential review founded by Beauvoir and Sartre, and became an outspoken critic of colonialism during the 1960s, including France's occupation of Algeria.

Lanzmann's death prompted an outpouring of tributes to his life and work.

His own life was marked with tragedy, including the suicide of his sister Evelyne when she was 36, and the death last year of his son from cancer at just 22.

"To have children is to condemn them to death," Lanzmann told Paris Match magazine. "We rejoice at the primal scream of a child, but it also predicts new agony."

Germany's Foreign Minister Heiko Maas said the French director had allowed his country to reconcile with its past.

"Every one of us who wonders about our responsiblity as a German should see 'Shoah'," he wrote on Twitter.