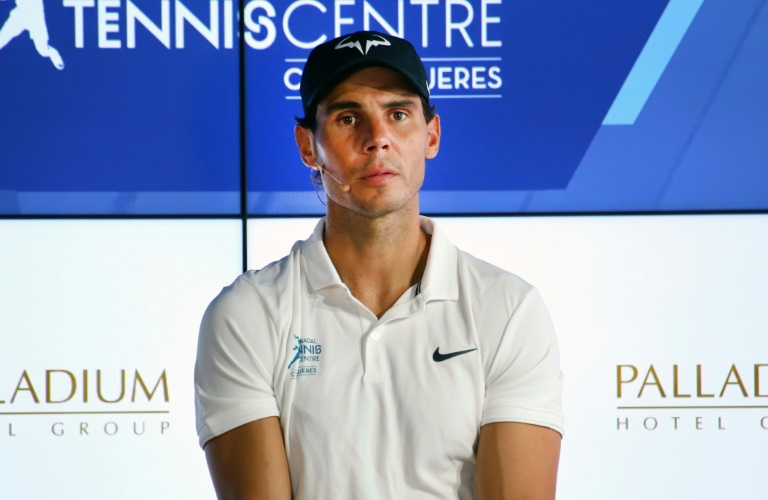 World number two Rafael Nadal is the greatest ever clay court player and already has another tennis academy on his native Mallorca. (Photo: AFP)

Tennis superstar Rafael Nadal has opened a new academy in Mexico at the Caribbean seaside resort of Cancun.

The Costa Mujeres center is an extension of Nadal's original academy based on his native Mallorca.

"We've been coming here for many years and we know the area," said the 11-time French Open champion at a press conference in Cancun on Monday.

Although the center will initially cater to tourists and locals, Nadal said "one of the medium- and long-term aims is to contribute to the development of tennis in Mexico".

Mexico's most successful ever player was Rafael Osuna, a former world number one who claimed the US Open title in 1963.

He also won three Grand Slam doubles titles and the Olympic doubles gold medal in 1968 when tennis was a demonstration event.

He helped Mexico to the 1962 Davis Cup final, their only ever appearance in the team competition championship decider.

World number two Nadal is due to play in the Acapulco Open next week, an event he has won twice before although he had to pull out before his first match last year due to injury.