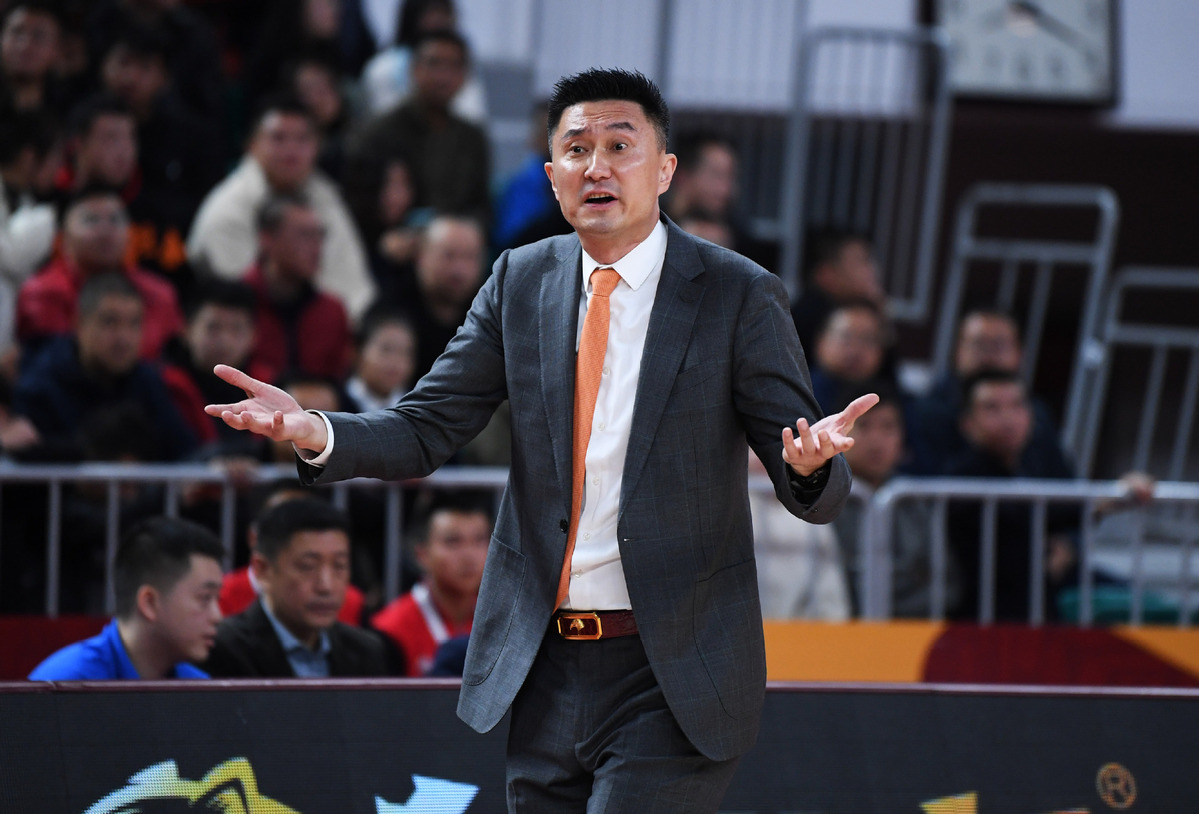 China faces a "mission impossible" in its bid to reach next year's Tokyo Olympics, according to the national team's head coach, Du Feng.

Team China failed to directly qualify for next year's Games following a disappointing performance at the 2019 FIBA World Cup. Despite hosting the tournament, China only ranked 24th out of the 32 teams, with two wins and three defeats.

Now, Team China faces the daunting task of trying to qualify via the FIBA Olympic qualifying tournaments, which will see 24 teams vying for just four Tokyo 2020 spots. Together with host Japan, a total of 12 teams will play at the Games.

The tournaments will take place from June 23-28 next year in Canada, Croatia, Lithuania and Serbia. China will face Greece and Canada in the first group stage in Victoria, Canada.

"After the end of next year's CBA league, the training period for the national team will be very short. It's much more difficult than the World Cup," said Du, before describing his team's task as "a mission impossible", according to Xinhua.

Du was appointed as Team China coach in late October following the World Cup debacle. Announcing his appointment, the Chinese Basketball Association thanked Du for "daring to take this responsibility at a very difficult time for Team China".

The 38-year-old is juggling the national team job with his role as head coach of CBA side the Guangdong Southern Tigers.

China has never missed an Olympic Games since 1984, however most fans acknowledge that Du will need to perform miracles in order to avoid a change to that statistic, given the current gap in quality between his charges and the world's powerhouses.

Merely overseeing an improvement in performances at the qualifying tournament would likely keep the critics at bay for Du, who has urged fans to be patient.

"The team is going through a very difficult time. Our basketball players and fans could see the gap between us and the leading teams at the World Cup. Closing that gap should be our number one priority," Du told Xinhua.

"Chinese basketball needs to continue with its reforms and has a long way to go. This project may require generations of effort, and more understanding and tolerance from all walks of life."

Du also told Xinhua that the CBA should resist the urge to hire foreign coaches because he believes their homegrown counterparts have a better understanding of Chinese players' mentality.

Whatever their views on the coach may be, the general consensus among fans is that Team China needs to rely less on veterans like former NBA player Yi Jianlian and focus more on nurturing a new generation to form the core of the national squad. However, the lackluster performances of young stars like Zhou Qi and Guo Ailun at the World Cup showed there's still a lot of work to be done on that front.

"Considering Team China's current situation and the strength of our two group rivals, it's very likely that the Chinese squad's journey in the qualifiers will end after two games," basketball commentator Yang Yi wrote on Weibo.

"With barely no chance to advance, Team China's priority is to use the platform to produce their best possible performance.

"Team China should consider more young players. Four years later, many of the veterans who cannot plat the next World Cup will retire from the national team. However, I'm still confident that Team China's performance will exceed our expectation."