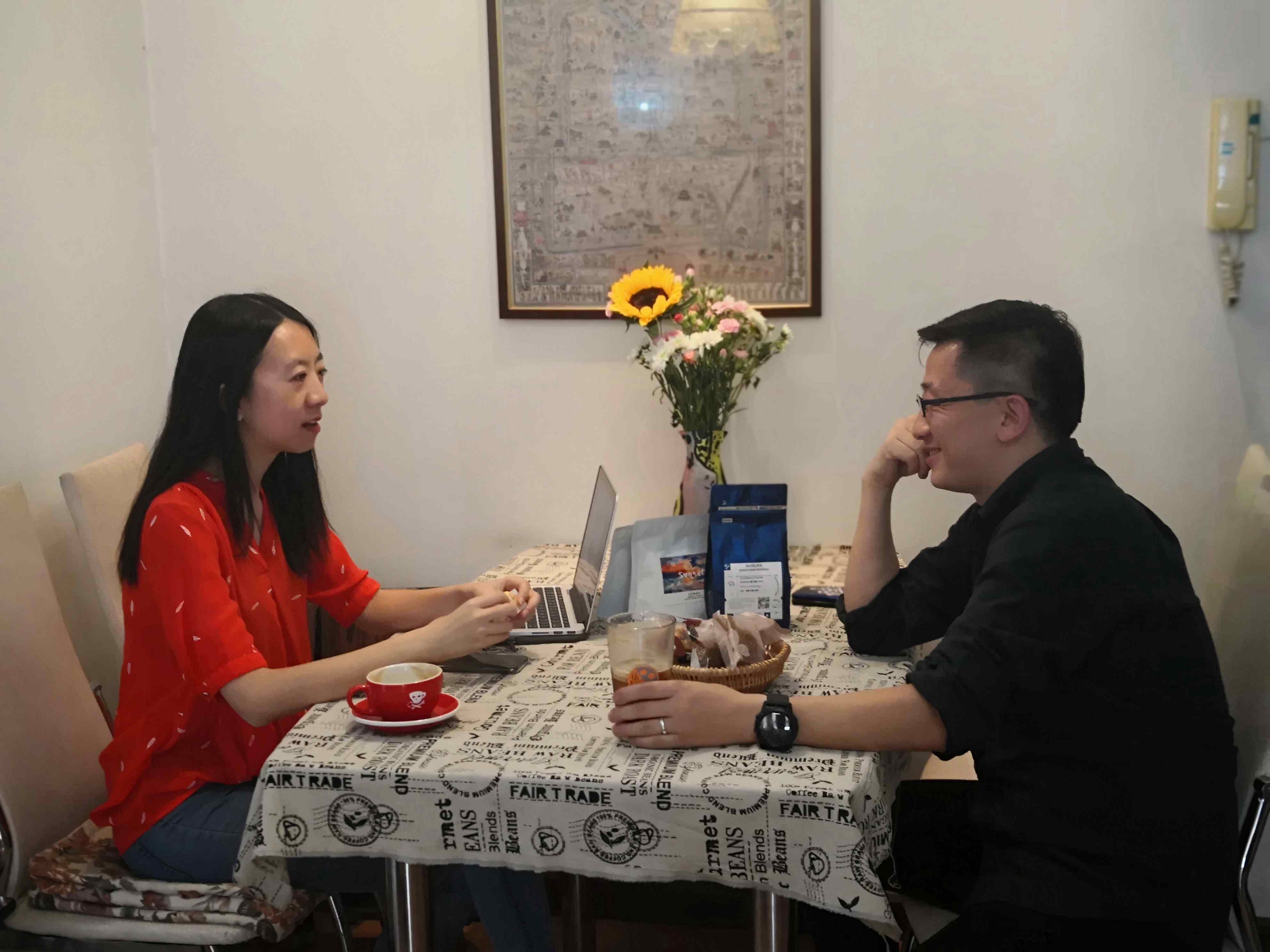 Brewing and enjoying a cup of coffee at home is a weekend ritual for Li Chen and his wife in Beijing. (Photo: CGTN)

In a tea-loving country like China, coffee has long faced an uphill battle. A completely imported drink, many Chinese regarded instant coffee as the real deal. But the expansion of chains like Starbucks and independent coffee shops in recent years has created a niche market for coffee lovers, and many Chinese now brew the black aromatic liquid at home.

Brewing and enjoying a cup of coffee at home is a  weekend ritual for Li Chen and his wife Xiao Zhao. Eight years ago, the young couple fell in love with each other at a coffee shop.

Since then, Li has collected coffee bean bags from around the world. Now he's very proud of such a huge collection.

"For me, coffee was an exotic item shown in TV dramas, but later I got to know that it has a long history, perhaps as long as Chinese tea. Now it has become part of my lifestyle. The aroma of coffee really cheers me up and helps release my pressure. It could always be euphoric," said Li.

Sometimes his wife gets picky about the coffee Li makes, but that's partly why he stays true to his passion.

"The air, temperature, humidity and even your mood can influence the quality of the coffee you brew. It's these unpredictable factors that really motivate me to keep pursuing 'the best' coffee I can possibly make.. in my lifetime," Li added.

One of the favorite hangout spots for Li and his wife is an indie coffee shop in a Beijing Hutong called Coffetags. Though a Starbucks store is just 20 meters away, the owner never worries about the business.

Shop owner Zhao Yinan helped play matchmaker for Li and Xiao eight years ago. From an IT industry talent to an owner of three Beijing coffee shops, Zhao has witnessed the boom of both coffee drinkers and independent coffee shops in the past five years.

"For example, only a few Chinese drank pour over coffee before 2013. But now almost every indie coffee shop here offers pour over coffee due to the growing demand. Unlike Starbucks and other chains, what we offer is specialty coffee with our own feature," said Zhao.

As his customer base continues to grow, Zhao says each of his shops sells an average of 100 cups of coffee per day. And most of the beans he uses are imported from different parts of the world. Most of the time, Zhao chooses sea transportation to save cost.

"Usually the suppliers offer us a variety of beans and we will choose the most cost effective and popular ones after testing. Since each country has its own production season, we import from various countries including Ethiopia and Kenya in Africa as well as Brazil and Costa Rica in Latin America," Zhao told CGTN.

Coffee first arrived in China in the late 19th Century. But until recently, most Chinese dismissed it as a weird drink due to its bitter taste.

The latest report from CBN data suggests China's coffee market is now valued at some 10 billion US dollars, accounting for only 0.5 percent of the global market. But with a 25-percent annual growth rate, the market is expected to reach over 40 billion US dollars in 2020. On the other hand, instant coffee still takes the lion's share with 84 percent of the total, while fresh ground coffee, with fast growth rates, takes just 16 percent.

Born in the 80s, Li and Xiao represent an emerging generation that has made coffee a part of their daily routine. This has helped China become one of the fastest growing coffee markets worldwide. And with China's coffee consumption per capita still far behind the global average, the market potential is tremendous.