Cole flowers flourish at feet of volcanoes in northern China 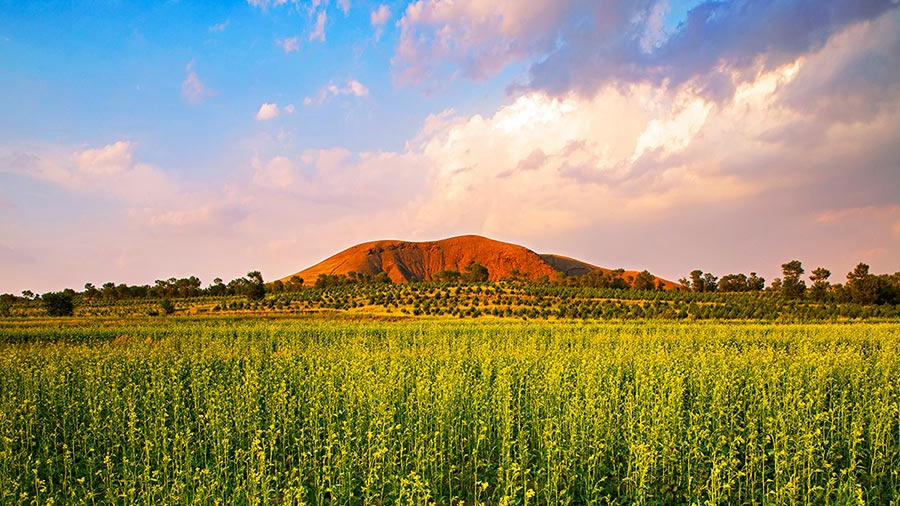 The sea of flowers and the volcanoes add radiance and beauty to one another.

Datong Volcano Cluster is one of six well-known volcano clusters in China and belongs to the rare volcano cluster of the Loess Plateau intra-plate rift system.

Of the 30 or so known volcanoes in the country, Datong makes it the top among the clusters. It integrates typical geological relics, amazing natural landscape and unique human culture in the park.

It has been honored as a rare natural heritage in East Asia and a volcano geological museum. After being discovered in 1929 for the first time, it has received significant attention from elsewhere. In 2012, the Ministry of Land and Resources named it Shanxi Datong Volcano Cluster National Geological Park.