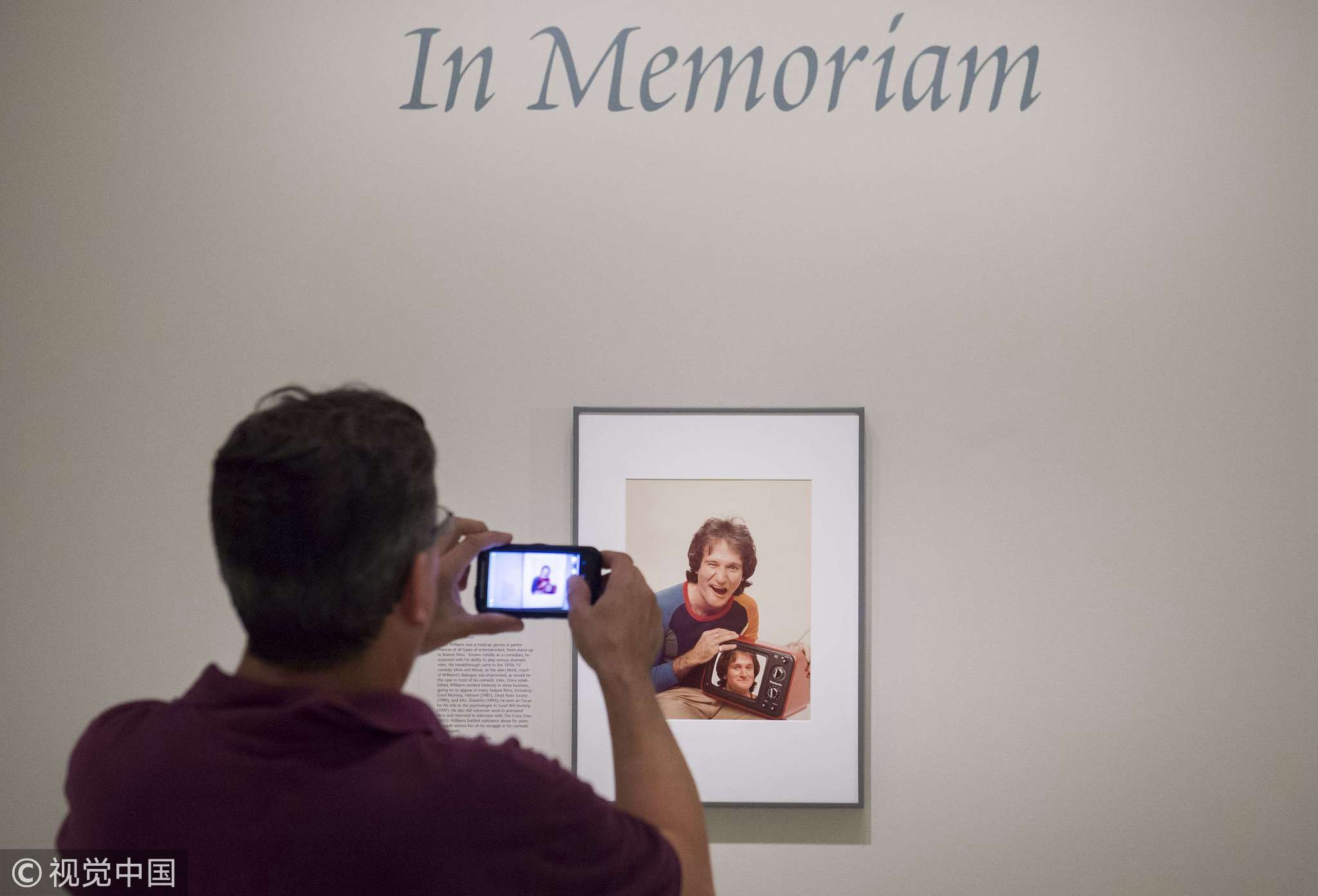 Artwork, memorabilia, personal possessions and other ephemera from the collection of actor Robin Williams and his former wife Marsha will hit the auction block in October with a portion of proceeds benefiting causes they supported, Sotheby’s said on Friday.

The “Creating a Stage” auction will take place on October 4, Sotheby’s said, featuring noteworthy sculpture and contemporary art as well as more personal items such as bicycles, wristwatches and Hollywood memorabilia, including Williams’ Hollywood Walk of Fame Award.

Williams, the Oscar-winning star of “Good Will Hunting” who was beloved for his manic humor, died in August 2014 at age 63 in a suicide in his Northern California home that shocked fans worldwide.

The sale, slated for October 4 in New York, will encompass works and items spanning the couple’s “diverse interests and careers, all reflecting their shared passion for collecting,” the auction house said in a statement.

Marsha Williams, a producer, was the actor’s second wife. They divorced in 2010.

Hollywood memorabilia has historically soared to many times the pre-sale estimates.

Also offered are autographed scripts, awards, props and wardrobe associated with projects across the Williams’ careers, as well as furniture from their homes and decorative items, including art by British graffiti artist Banksy.

A portion of the proceeds will benefit The Juilliard School, Wounded Warrior Project, the Challenged Athletes Foundation and the Christopher and Dana Reeve Foundation.

A public exhibition will open at Sotheby’s in September. 29 in New York.

Williams, known for hit films including “Mrs. Doubtfire,” “Good Morning, Vietnam” and “Dead Poets Society,” died of asphyxia after hanging himself at his home, authorities said. An autopsy found that Williams was suffering from Lewy body dementia, which causes a progressive decline in mental ability.

Since his death, a study found suicides rose by 12.9 percent in men aged 30-44. Earlier this year, both designer Kate Spade and chef Anthony Bourdain killed themselves in a manner similar to Williams.