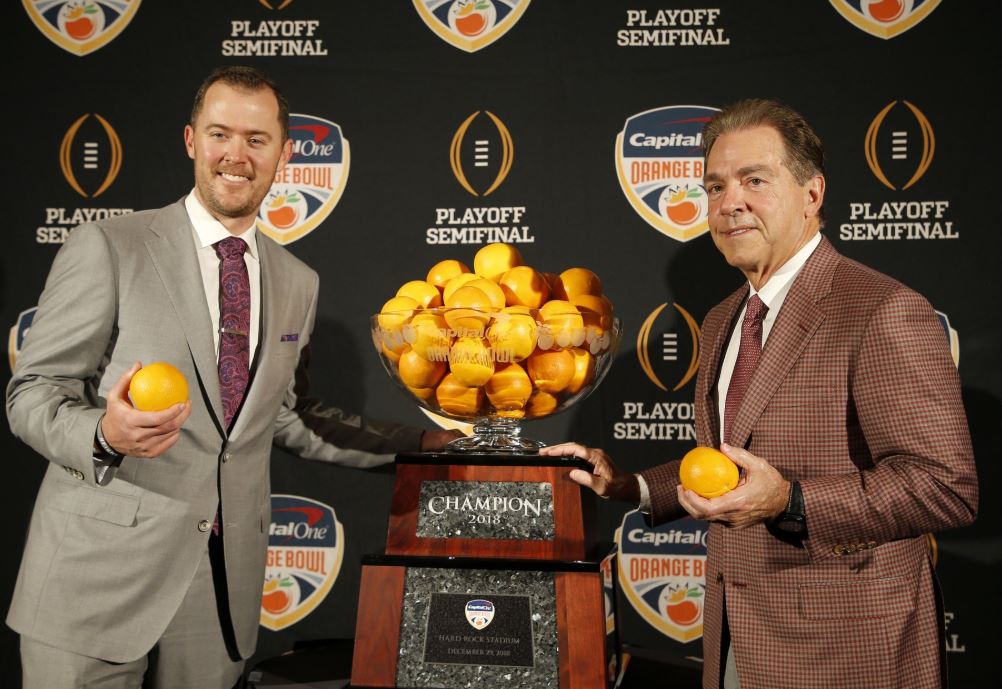 Oklahoma and Notre Dame are standing in the way of Alabama-Clemson Part IV.

The College Football Playoff semifinals are Saturday, with the top-ranked Crimson Tide facing No. 4 Oklahoma at the Orange Bowl in South Florida and No. 2 Clemson playing No. 3 Notre Dame at the Cotton Bowl in North Texas.

The Tigers (13-0) and Fighting Irish (12-0) meet in the first game of the semifinal doubleheader. The Irish are making their first CFP appearance.

The nightcap will feature Heisman Trophy winner Kyler Murray of Oklahoma (12-1) against Heisman runner-up Tua Tagovailoa of Alabama (13-0) in a matchup of star quarterbacks.

The winners advance to the national championship game on Jan. 7 in Santa Clara, California. Alabama and Clemson have faced off in the last three playoffs, including splitting two title games