As growing numbers of Chinese families are sending their teens on college tours in other countries, they are creating a potentially lucrative market for universities, college towns and tourism-related businesses, a study of the University of Illinois (UI) suggests. 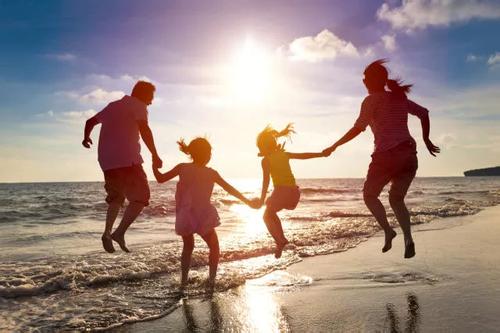 In 2013, more than 300,000 young people from China participated in overseas study tours. As of summer 2015, the number of Chinese teens who traveled abroad on these types of trips grew to more than 500,000.

Organized by travel agencies and high schools, the two- to four-week trips to the United States and other developed countries typically cost Chinese families 5,000 to 8,000 U.S. dollars each.

To learn more about why Chinese teens participate in the tours and the factors that influence families' decisions to send their children on these excursions, UI researchers interviewed 30 Chinese adolescents who had traveled on a group study tour within the prior three years and 20 of their parents.

China's integration into the global economy has given rise to a rapidly growing middle class that is curious about other cultures and perspectives and eager to expand their children's knowledge beyond the Chinese educational system's test-focused curriculum, the study shows.

The parents interviewed said they hoped that going on the study trips would enrich their children's educational and life experiences, and foster "global perspectives" that would enhance their competitiveness in the job market after college. Accordingly, the youths said they were motivated by their desire to learn about other cultures, to experience the daily life in other countries and improve their language skills.

Many Chinese parents sought to fulfill their own dreams vicariously by pushing their children to attend colleges in the United States and other countries, which they perceived as being more prestigious than the postsecondary institutions in China.

Among China's well-educated and more prosperous families, the one-child policy and exposure to Western cultural values have produced child-centered families in which the parent-child relationships are more egalitarian than in traditional Chinese culture, the researchers found.

Several adolescents, and some parents, indicated that they hoped the study tours, which were the youths' first trips without their parents in tow, would foster greater independence and prepare them for college life, said lead author Joy Huang, a professor of recreation, sport and tourism at UI. "The teens thought it was important to learn how to socialize and communicate with other people in new environments."

Specific to the United States, while the itineraries of such study tours used to concentrate on the Ivy League schools and the peers scattered along the East and West coasts of the United States, intense competition for admission and rising tuition costs are prompting more Chinese students to look beyond the Ivy colleges to the highly ranked public universities in the Midwest.

"These short-term overseas tours and summer camps are a very important market for the tourist industry in the Midwest," Huang said. "They are also a very good recruiting tool for universities and a way to 'audition' potential foreign students who usually pay much higher tuition than domestic students."

The study has been published in the Journal of China Tourism Research.