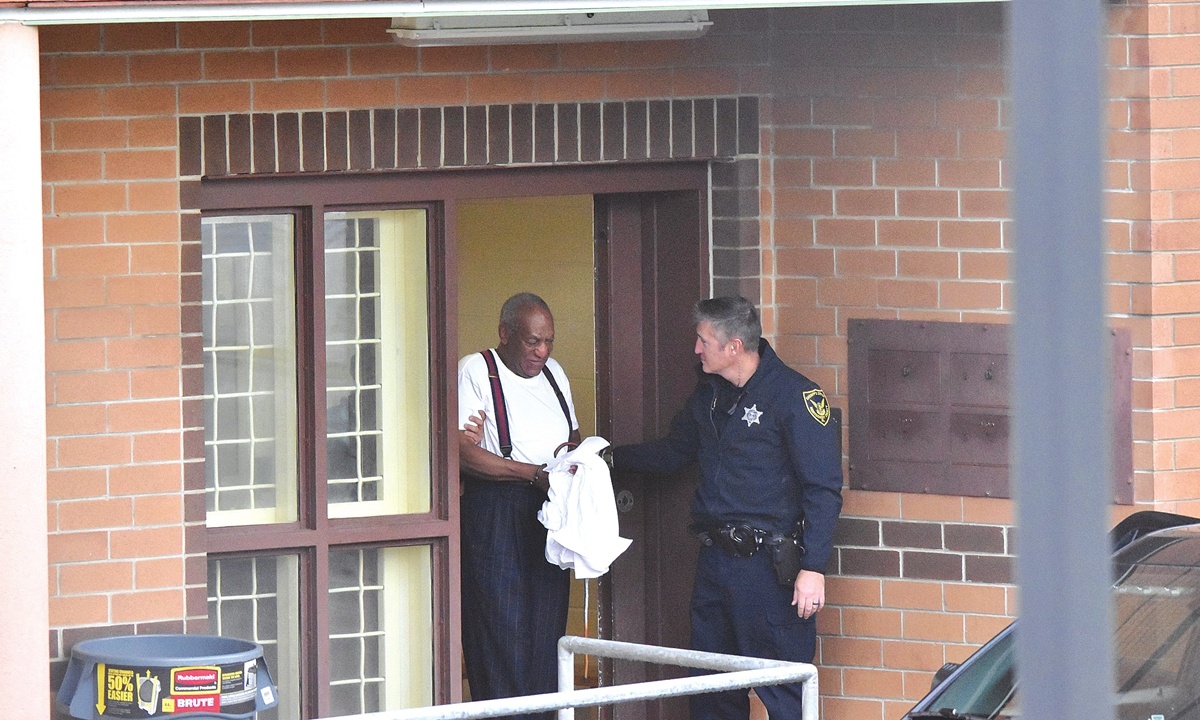 Disgraced comedian Bill Cosby is transferred to prison as lengthy sentence begins in Arizona, US in September, 2018. (Photo: VCG)

US comedian Bill Cosby, who is serving three and a half years in jail, has filed a new appeal against his conviction for drugging and sexually assaulting a woman 15 years ago.

In court documents filed Tuesday with Pennsylvania's Supreme Court, Cosby's lawyers argue that five women should not have been allowed to give evidence at his trial as witnesses.

They say that their "decades-old" allegations, which were not part of the charges, had prejudiced the jury.

The attorneys also argue it was "fundamentally unfair" that deposition testimony Cosby gave in a civil case regarding his use of sedative drugs and his sexual behaviors in the 1970s was heard in court.

They argue that Cosby believed the testimony was immune from prosecution when he gave it.

The 83-year-old actor shattered racial barriers with his Emmy-winning role on I Spy in the 1960s, and then as a dad and doctor on the hit TV series The Cosby Show two decades later.

But he fell from grace as allegations of sexual misconduct emerged against him, and was found guilty in 2018 of assaulting Andrea Constand.

It was the first celebrity trial and first guilty verdict for sexual assault since the advent of the #MeToo movement.

A Pennsylvania judge sentenced the actor to a minimum three and a half years in prison on three counts of aggravated indecent assault.

An earlier trial in June 2017 ended in a mistrial after the jury was unable to reach a unanimous verdict.

Although more than 60 women charged that they had been victims of sexual assault by Cosby, he was tried criminally only for Constand's assault, since the statute of limitations had expired in the other cases.

He lost an appeal in December 2019 when a court ruled that the prosecution's evidence had established Cosby's "unique sexual assault playbook."