Chinese director Yi Xiaoxing's latest comedy Bath Buddy is set to make audiences laugh when it debuts on Friday in Chinese mainland cinemas, which have now returned to full capacity after lockdowns and reduced seating capactity due to the COVID-19 epidemic. 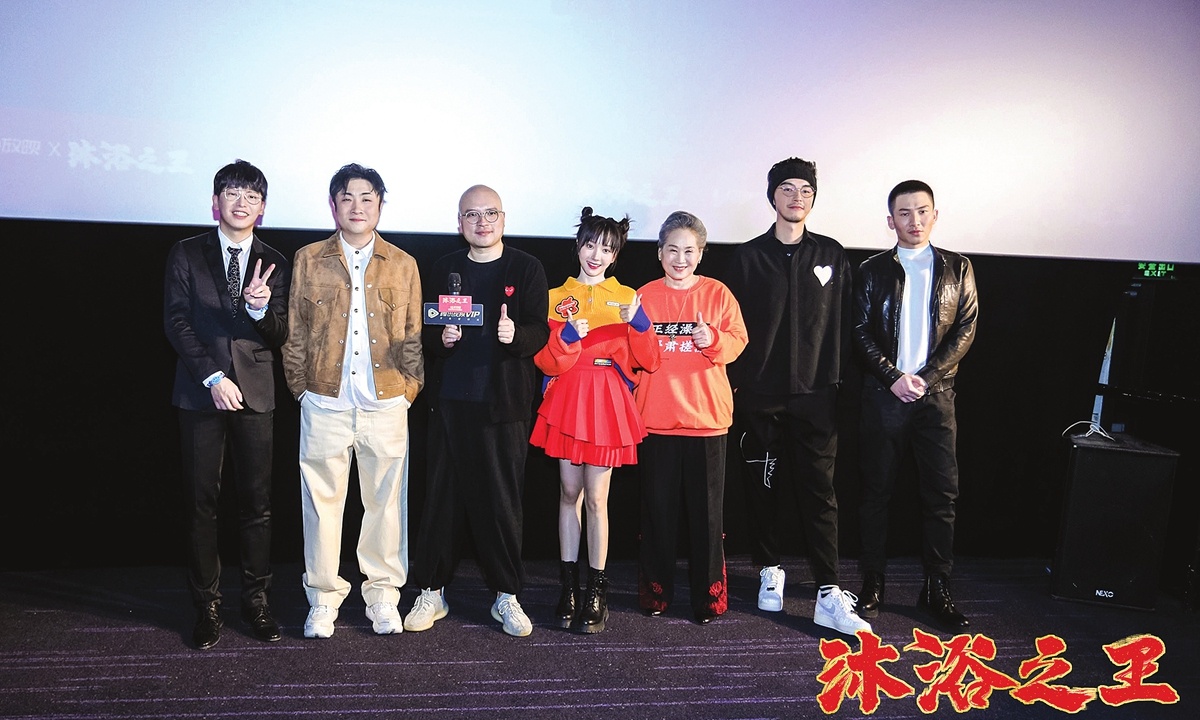 The cast and crew of Bath Buddy (Photo: Courtesy of Ali Pictures)

The film starring Peng Yuchang and Qiao Shan tells the story of two young men at a public bathhouse. In East Asian countries such as China and South Korea the popularity of traditional public bathhouses gradually formed a particular bathhouse culture that includes chatting, pedicure services and massages.

Overshadowed by more expensive and modern entertainment complexes, these bathhouses that used to dominate North China's cities and towns have been disappearing.

According to the director, the comedy about friendship and family ties seeks to warm audiences as well as bring the fun since "it was a tough 2020 ruined by the COVID-19 epidemic."