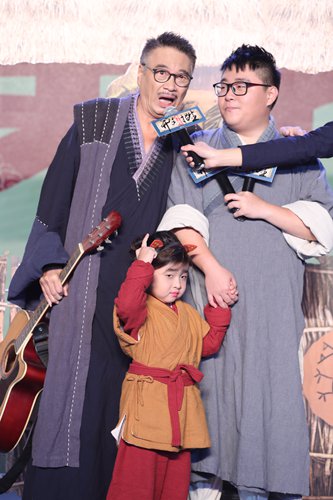 At a media event on Tuesday, Chu said he hopes the upcoming movie can help people recall their  childhood memories and bring more laughter into their lives.