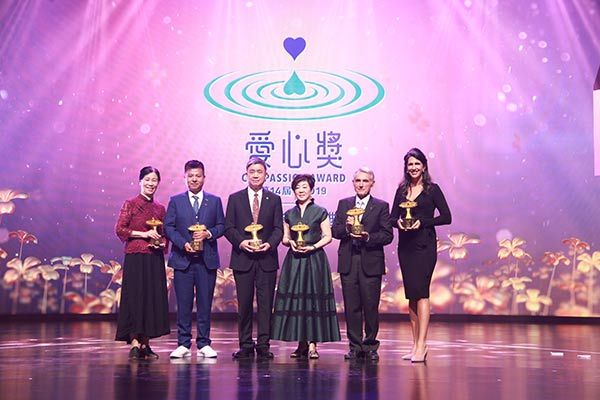 Winners include Wang Zhenyao, president of the China Philanthropy Research Institute, and Meng Weina, the first Chinese woman who founded a privately-owned school for children with intellectual disabilities.

Sun Chunlong, a former journalist who has been devoted to caring for military veterans for more than a decade, and Alia Eyres, founder of Mother's Choice, a local charity serving children without families and pregnant teenagers in Hong Kong, both received the honor.

The other two winners are Taiwan philanthropist Sophie Chang, and Yves Moal, a French priest dedicated to helping people in rural and remote areas in Taiwan for half a century.

Every winner respectively received a bonus of $140,000, which all will donate to charity, as they wish the money would go to those who need it most.

The event was hosted by the Hong Kong Macao and Taiwan Charity Fund in association with Hong Kong-based broadcaster Phoenix TV, which will air the award ceremony in its domestic and overseas channels starting Dec 28.

During the span of 14 years, the event has awarded up to 82 people involved in charity.