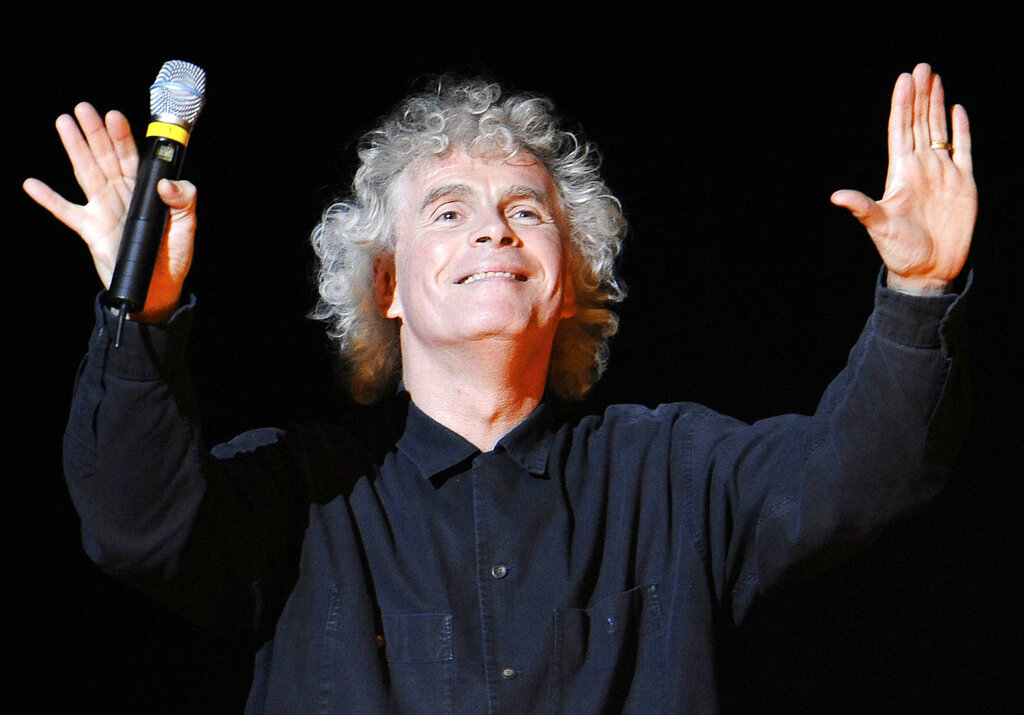 In this March 27, 2010 file photo, conductor Sir Simon Rattle gestures prior to a dress rehearsal for Richard Wagner's opera "Goetterdaemmerung" which was part of the Salzburg Easter Festival in Salzburg, Austria. (Photo: AP)

Rattle, one of the world’s most acclaimed conductors, will become the German orchestra’s chief conductor in 2023. He will retain a role with the British orchestra as conductor emeritus, the LSO said.

The German company said Rattle, 65, has signed an initial five-year contract to lead the orchestra and the Bavarian Radio Chorus.

Rattle said he was “thrilled” to accept the post and honored to succeed conductor Mariss Jansons, who died in 2019.

The U.K.-born Rattle took up the job in London in 2017 after 15 years as head of the Berlin Philharmonic. He said when the appointment was announced in 2015 that it would be his last major job in music.

News of his departure was lamented by many in the British arts community, who worry the country will lose cultural clout because of its departure from the European Union.

Rattle said his reasons for taking the job in Munich were “entirely personal, enabling me to better manage the balance of my work and be close enough to home to be present for my children in a meaningful way.”

Although Rattle’s exit is not directly linked to Brexit, but the lack of a world-class concert hall in London may be a factor. Rattle took up the London job in expectation that a new home would be built for the orchestra, which is currently based at the Barbican center, a multipurpose arts venue.

Plans for a new concert hall in London have stalled. In a statement, LSO chairman David Alberman and managing director Kathryn McDowell said Rattle “will be taking forward a number of significant projects with us over the coming years working from our home base at the Barbican.”