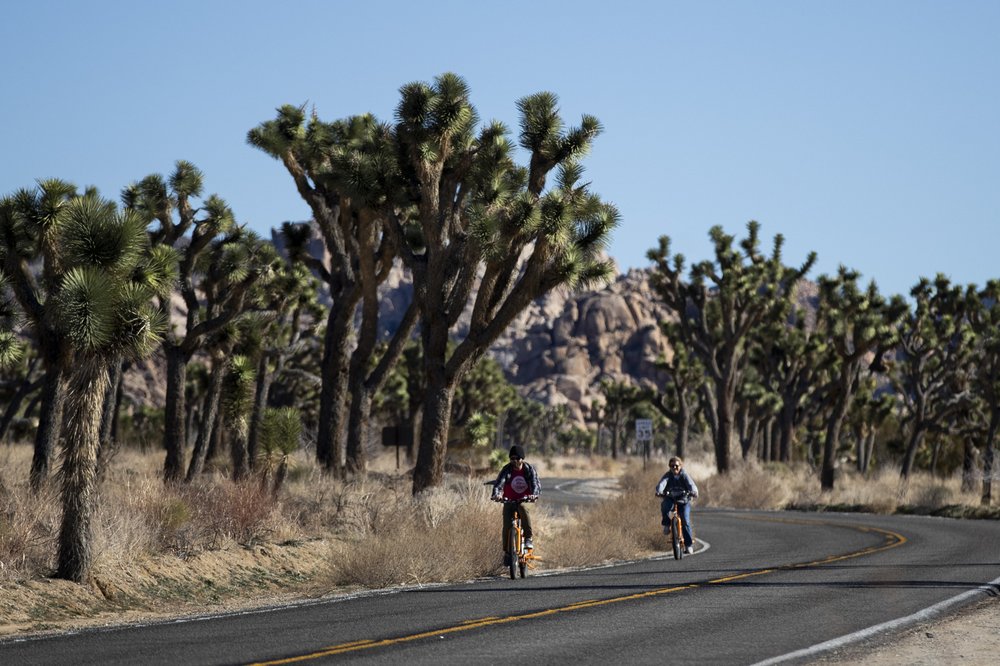 The western Joshua tree needs protection under the California Endangered Species Act because of threats from climate change and habitat destruction, the Center for Biological Diversity said in a petition Tuesday to the state’s Fish and Game Commission.

The petition comes amid rising concern about the future of the crazy-limbed trees with spikey leaves that have come to symbolize the Mojave Desert and draw throngs to Joshua Tree National Park.

“The state has to step up for these trees,” center conservation director Brendan Cummings said in a statement.

The petition asks that western Joshua trees be given “threatened” status under the act.

The request states that the trees meet the definition of a plant that “is likely to become an endangered species in the foreseeable future in the absence of the special protection and management efforts.”

Researchers have found that Joshua trees are dying off due to hotter and drier conditions, and fewer young trees are surviving, according to the center, a nonprofit conservation organization based in Tucson, Arizona.

The trees are migrating to higher elevations where there are cooler and more moist conditions, but they face destruction by fire due to invasive, non-native grasses in those locations.

Joshua trees also face challenges due to urban sprawl in the desert as well degradation of habitat for energy projects, powerlines, pipelines and off-road-vehicle use.

The western Joshua tree’s habitat includes Joshua Tree National Park and stretches to the west along the north slopes of the San Bernardino and San Gabriel mountain ranges into the Antelope Valley, northward along the eastern flank of the southern Sierra Nevada and eastward toward the edge of Death Valley National Park and into Nevada.

The eastern Joshua tree — a distinctly different plant — lives in the Mojave National Preserve and eastward into Nevada, Arizona and Utah.

The Center for Biological Diversity said that under the California Endangered Species Act, the state Department of Fish and Wildlife has three months to make a recommendation to the Fish and Game Commission, which would then vote on the petition next year.