CULTURE Coronavirus adds to struggles in City of God favela

Coronavirus adds to struggles in City of God favela 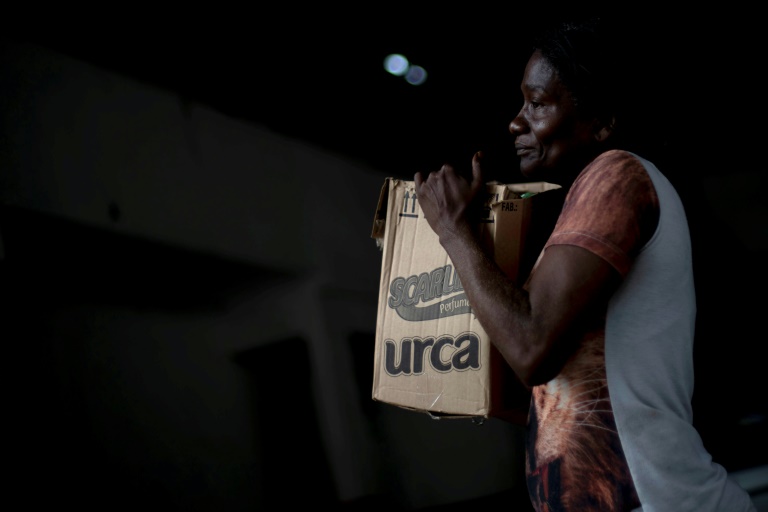 A woman in Rio de Janeiro's City of God favela carries a box with donations of basic food supplies distributed by an NGO to people suffering economic hardship during the novel coronavirus in Brazil. (Photo: AFP)

There are no good options these days in City of God.

Venture out in this densely populated Rio de Janeiro favela, and residents risk exposing themselves to coronavirus.

Stay in, and many have nothing to eat.

The Brazilian slum rose to fame in 2002, when an acclaimed film of the same name chronicled the violence, crime and stark choices facing young people growing up on its streets.

It could just as well apply to the era of COVID-19.

Like 40 percent of Brazil's labor force, people in favelas tend to work in the informal sector, the kind of jobs that become impossible under the stay-at-home measures adopted to slow the spread of the new coronavirus.

"A lot of them are self-employed. They style hair, give manicures, collect cans to recycle, guard people's cars, sell things at the beach," says Samantha Messiades, founder of a charitable organization called Ligacao Cultural (Cultural Connection).

"All these people have lost their income. And they urgently need help," she says, wearing a pink face mask as she watches workers hand out food to needy residents in the slum of 37,000 people.

A shadow of itself

Rio de Janeiro is a shadow of itself under coronavirus isolation measures. A hush reigns over its usually jam-packed streets, and authorities have closed non-essential businesses, as well as the city's iconic beaches and tourist attractions.

That means hard times for the 1.5 million people who live in favelas -- a quarter of the city's population.

Messiades originally launched her organization to bring music, theater, dance and other cultural opportunities to children in City of God.

But now she has reinvented it as a food pantry to help people get through the coronavirus crisis.

It is supplying food, soap and basic hygiene supplies to 800 families, thanks to donations from churches, associations and private citizens.

"This is very important and valuable to people here," says Monica Oliveira da Silva, a cleaner among those waiting in a closely-packed line, many with babies and young children.

"The poor have no income and no savings. My children aren't working because they can't. They work in transportation. Everyone needs help," says Maria de Fatima Santos, a retiree.

Favela residents are also living in fear of the destruction a big outbreak could bring to their crowded, under-served communities.

On a street outside the community center where workers handed out boxes of food, a banner gives the global death toll and urges: "Stay home and save lives."

City of God has confirmed only one case of the new virus so far, authorities say.