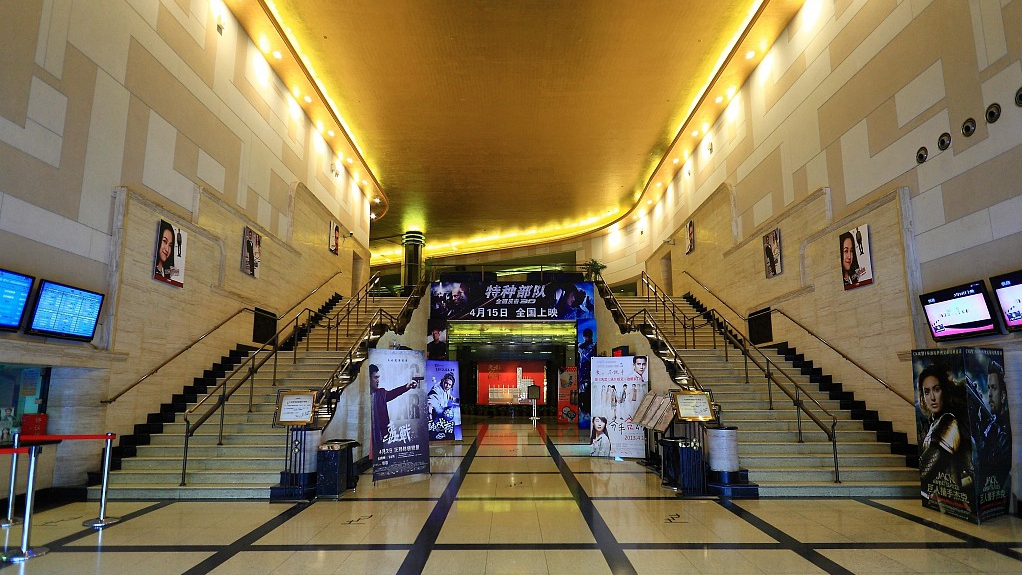 Box office earnings during this Spring Festival had been expected to hit a record high, with several potential new hits ready for screening. But the spreading novel coronavirus destroyed those hopes with the postponement of the release of all seven films that were due to be premiered.

The film industry has come to a halt. Analysts said that the damage to the whole industry is hard to calculate and advised industry players to come up with practical makeup measures in order to recover the market when the epidemic is over.

"It was initially estimated that the Spring Festival box office alone would have exceeded 1.2 billion US dollars, marking a milestone for China's film industry, and lay a solid foundation for the year-round box office to exceed about 8.8 billion US dollars," said Han Hua, a fellow at Chongyang Research Institute.

However, the box office earnings nationwide came in at only about 24 million yuan (about 3.4 million US dollars) over the holidays, most of which was from reserved tickets that were not refunded. That's down dramatically from the 6.8-billion-yuan (976.4 million US dollars) recorded over last Spring Festival.

Zheng Hong, chief investment consultant at LC Securities, worries that the coronavirus impact will reverberate through the industry for the entire year.

Now, more than 20 films scheduled to debut in February have also been pulled. Stocks of listed entertainment firms including Enlight Media and Wanda Pictures hit limit down when the market opened Monday.

In addition to the financial problems, the virus has also led to the suspension of filming of most new movies. China's Hengdian World Studio, the largest film studio in the world, has been closed since January 27 in response to the coronavirus outbreak, according to a statement by Hengdian Film & Television Culture Industry Experiment Unit Administration Committee.

With a big slice of the 2020 box office disappearing, Han called for practical makeup measures to spur the industry once the dust settles.

"We need to adjust expectations and come up with practical measures to subsidize cinemas and to encourage cinemagoers and viewers to consume more media and cultural products," she suggested.

And some movies did manage to find viewers by debuting online. The movie "Lost in Russia," which was scheduled for holiday release, held a streaming premiere on the first day of the Year of the Rat. The moviemaker sold its copyright for 630 million yuan (90 million US dollars), and wound up drawing 600 million viewers on the first three days.

"This is actually a win for the distributor of the media company itself as well as for the moviegoers and viewers online, but definitely a hit towards the cinemas," Han commented.

Some cinema owners criticized the move as changing industry rules, but Wang Ce, CEO of Shanghai Firstake Consulting, doesn't expect the online debut to become a significant ongoing practice in the future.

"The decision to debut online was a first for the industry," he said. "But I don't think it will have a long-term impact on the whole film business because this was a special time and these were special circumstances. If it had been shown in cinemas, its box office earnings would have been far above the 630 million yuan it got by selling to the online platform."

And Han considers it as a case of the battle for better entertainment resources between the internet industry and traditional distributors.

"The internet industry in China or in the US has always been fighting for the best entertainment resources with offline traditional distributors such as cinemas, the cable players, even the airliners who used to have a more favorable position than the websites to show a film," she told CGTN.

Given the comparatively deep pockets of video websites and their stronger say over movie distributions, Han added that the cinemas and other industry players need to sit down together when the epidemic settles and come up with a formula of "how the cakes will be sliced among the different players in the long run."