Yuan Zhonghua doesn't keep crickets, but he knows how to make them cozy.

His clay cricket pots are highly prized among people who keep crickets as chirping pets, people who breed the insects for fights and people who collect heritage antiques.

Yuan, 48, a native of Suzhou, is part of a long line of cricket-pot makers in his hometown – more than 10 generations to be exact.

"I was exposed to the family tradition since childhood, so it's always been part of me," he said. 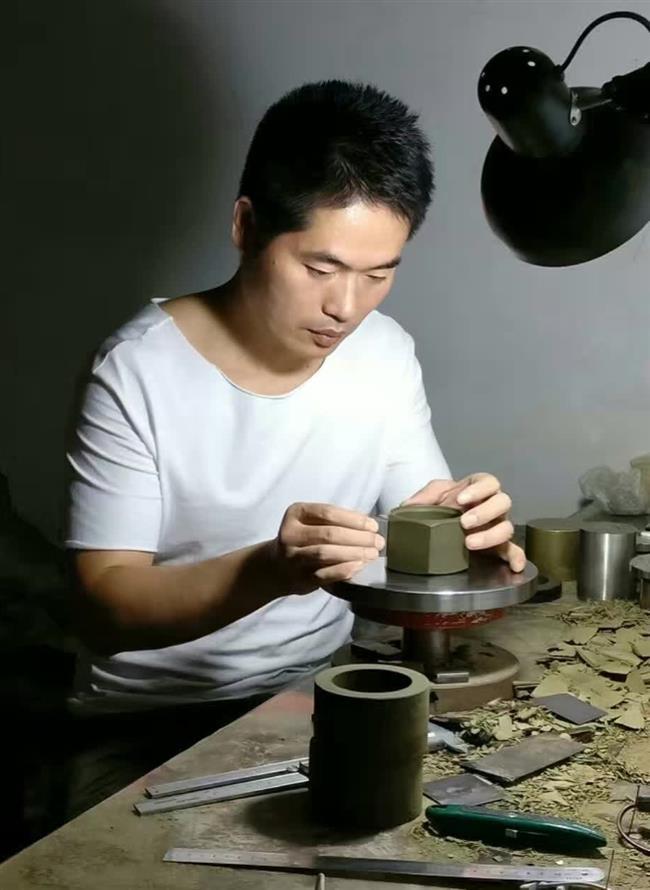 Yuan Zhonghua is skilled in building homes for crickets.

Crickets in China are symbols of luck and auspicious virtue. In late summer into autumn, their melodious chirping fills the evening air. Some people even place cricket containers in bedrooms to enjoy the "music" all night.

Crickets have been part of Chinese culture since antiquity. Singing and fighting crickets were the favorite pets of emperors.

In the past, it was customary for people to give crickets as gifts to those moving into a new house as a symbol of happiness. Crickets have also inspired poets, painters and calligraphers. The oldest artifact identified as a cricket home was discovered in a tomb dated AD 960.

Containers to keep crickets down the ages have included gourds, bamboo cages, ceramic jars and wooden boxes. But clay has come to be prized in cricket homes.

The insects are caught on grasslands, among bushes, in forests and between rocks in late summer and into early autumn, when the traditional cricket-fighting season begins.

Captive crickets are generally pampered. They are fed shrimp, red beans, goat liver and worms. Crickets with pedigrees get even more lavish treatment, including a classy clay pot as home.

In the early 1980s, a no-frills cricket pot cost pennies. At that time, Yuan's parents set up a small booth to sell their simple pots on a street behind the Xuanmiao Temple, then a busy Suzhou hub.

In addition to locals, buyers came from nearby Shanghai, a city with a rich tradition of cricket fighting.

His hometown of Yuyao Village in the Suzhou countryside has been producing cricket pots for centuries. Though almost every household in the village is engaged in the cottage industry, only Yuan stands out because he has improved the kiln-firing process and broken with old traditions to create new pot designs.

"I did think about finding a job in an aluminum alloy factory when I was turning 20, but ended up making cricket pots," Yuan said. "Fortunately, I had a bit of talent."

Indeed, the skill of pot-making imprinted itself on him from early childhood, as he observed how the family executed the craft.

Any old pot won't do. A good cricket pot is first judged by the tight, smooth fit of its cover. It must leave no room for even a single strand of hair. To get that fit, calculations are needed to take into account up to 15 percent shrinkage from water, molding and firing.

"It would be easier if we worked with stone or a piece of wood, but it gets difficult when handling clay," Yuan said. "When I put the pots in a room for drying, the sides facing the door dry faster, so I have to constantly rotate the pots."

Another criterion for a quality cricket pot is smoothness, not only to the eyes but also to the touch. Clay is ordinary, easy to get everywhere, but handling it properly requires skill.

Apart from calculating shrinkage, it's important to remove the bubbles and impurities by two steps in the filtration and hand-kneading processes. Properly done, the surface should be as smooth as a baby's bum. 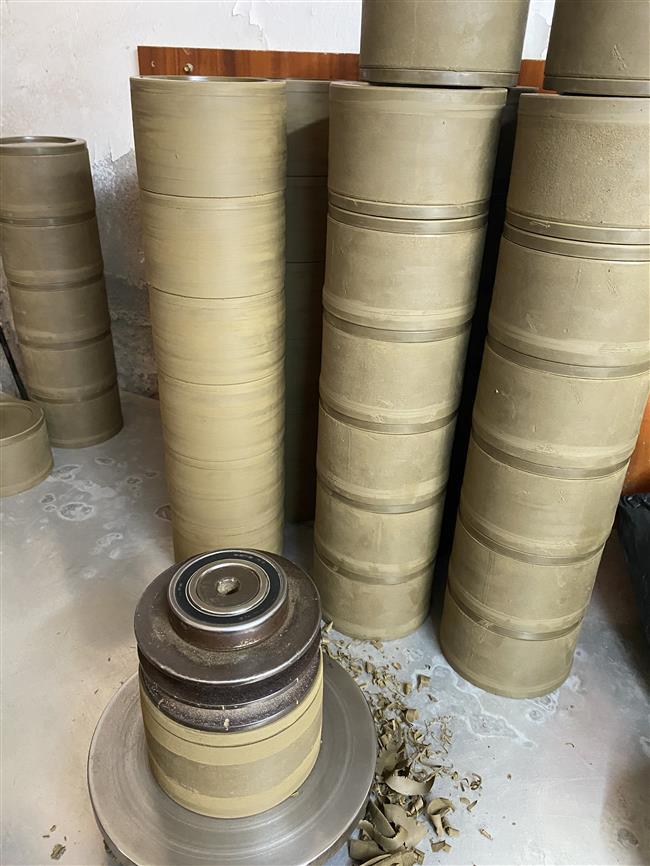 Clay is ordinary, but handling it properly requires skill.

"It's about 50-50," Yuan said. "Half of my customers collect pots as pieces of art, and the other half use them to house crickets for fighting games. Once a cricket wins a fight, he gets a better pot."

Such deluxe accommodation doesn't come cheap. Yuan's cricket pots can cost up to 10,000 yuan (US$1,540), thousands of times more than the pots his parents once sold on the backstreet of Xuanmiao Temple four decades ago.

Since the early 2000s, Yuan has been invited to display his cricket pots at various handicrafts art exhibitions. Seeing other folk art in an array of refined quality and creative designs got Yuan to thinking.

"The old standards to judge a cricket pot were its shape and resistance to water shrinkage," he said. "I was making them the way they had been made for generations, never thinking there might be a better way."

So Yuan began experimenting. He tried different shapes – squares, hexagons, octagons and designs based on bamboo rings or waist drums. He made pots with two layers and twin covers, and carved them with beautiful patterns. 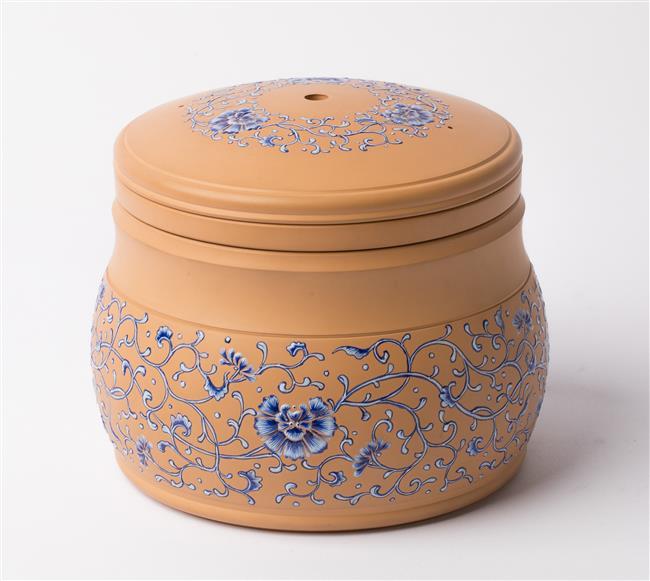 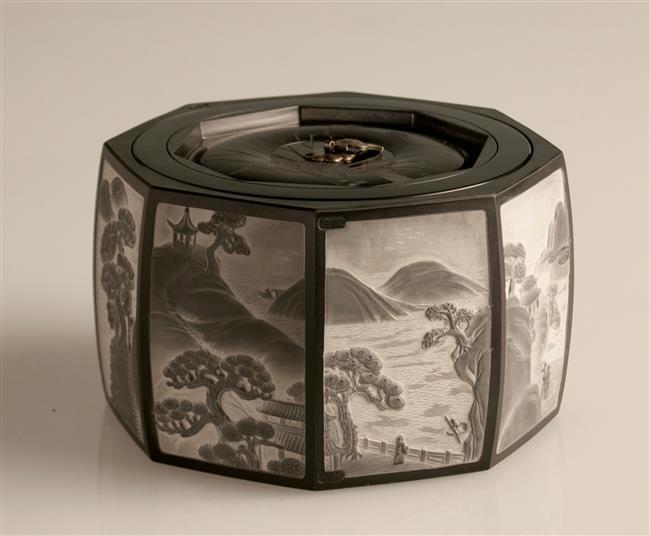 In addition to round cricket pots, Yuan has tried making different shapes and designs.

Cricket pots don't need painting. The fumes could hurt the crickets. Instead, different firing processes give color to a pot. Black ones are created by smoking with heated bran shells, while red ones result from firing in open flames. White pots come from kilns made from gray bricks.

"But ultimately, the best pot is simply a round one without any decoration," Yuan said. "It requires extremely fine hand skills and material processing. Flaws can be easily hidden or cut off on a pot with carving."

The cricket pot industry has passed its golden era, which probably ended around 2015 as cheaper, inferior-quality pots saturated the market.

Yuan admitted he doesn't work nearly as hard as his parents, who made as many pots as possible every day. His approach is quality over quantity, using techniques improved from past generations of pot makers.