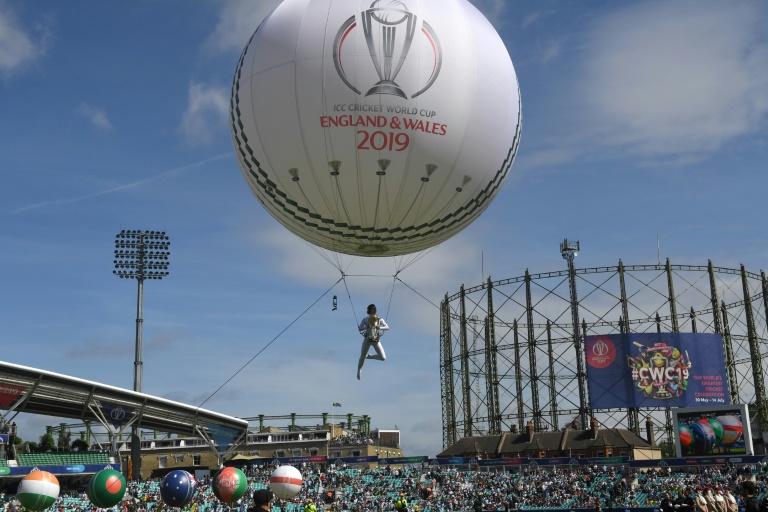 World Cup hosts England will face reigning champions Australia in a semi-final showdown between the old rivals on Thursday, while India carry the hopes of a cricket-obsessed nation into their last four clash with 2015 runners-up New Zealand on Tuesday.

Here AFP Sport looks at the state of play with the four semi-finals going into the final week of the tournament:

England appeared to have rediscovered the game that took them to the top of the one-day international rankings just in time as they bid to win their first World Cup title.

Eoin Morgan's men have bounced back from defeats by Sri Lanka and Australia with convincing wins over fellow semi-finalists India and New Zealand.

Both of those matches have seen Jonny Bairstow score hundreds and resume his impressive first-wicket partnership with Jason Roy, who missed the Australia defeat with a hamstring injury.

Bairstow and Roy have recorded three successive century stands in the tournament and the foundation they lay at the start of an innings is critical to England's success.

The key questions facing Eoin Morgan's men ahead of their semi-final with Australia are can they handle the title-holders' new-ball threat if the likes of Mitchell Starc are on song and will their "aggressive" approach be enough if they are facing a run-chase in a World Cup where batting first increasingly appears the way to go?

It may be that England's World Cup campaign could come down to the toss of a coin.

India came in to the World Cup carrying the hopes of over a billion fans in the cricket crazy country and Virat Kohli's side have lived up to the expectations so far by finishing top of the 10-team group table.

It was against minnows Afghanistan that they faced their first scare only to scrape through in the last over with paceman Mohammed Shami claiming a hat-trick.

England proved to be a stumbling block for rampant India as they went down to the hosts by 31 runs at Edgbaston despite a century from Rohit Sharma.

Sharma extended his blazing run of form with his record fifth hundred in a single edition of the World Cup as India humbled Sri Lanka in their last group match.

Australia's loss to South Africa enabled Kohli's side to finish top and set up the semi-final with New Zealand at Old Trafford on Tuesday.

It is ironic that India's only washout in the group came against New Zealand, who had beaten the two-time champions in a warm-up game in May.

India though start as favourites against the Kiwis, who have who have lost their last three group games.

Befitting a team that has won four of the last five World Cups, Australia are once again primed to push for the silverware despite blowing a chance to finish top of the group.

Shamed duo David Warner and Steve Smith marked their returns to major international, after their 12-month bans for ball-tampering, with efficient half-centuries in Australia's opening two wins of the tournament.

The left-handed Warner made an unbeaten 89 against minnows Afghanistan while Smith struck 73 in the team's 15-run win over West Indies.

Aaron Finch's side ran in to a red hot India and were outplayed in a 36-run defeat at the Oval.

Later paceman Mitchell Starc admitted that lessons learnt from the Indian defeat were a major reason for their surge to the semi-finals.

A shock loss to South Africa in Australia's final group game left them finish second in the table to set up a tricky semi-final clash with England.

But five-time champions Australia overwhelmed Eoin Morgan's England in their group clash at Lord's and hold a 6-2 advantage in their World Cup meetings.

On paper the Black Caps appear to be the weakest of the teams that have made it through to the last four.

They only pipped Pakistan -- who beat them in the group stage -- on net run-rate and they come into the knockout phase on the back of three successive defeats having also lost to fellow semi-finalists Australia and England.

They did reduce Australia to 92-5 with Trent Boult taking four wickets and they will be desperate to have impressive fast bowler Lockie Ferguson, their leading wicket-taker at the tournament with 17, back from a hamstring injury that saw him miss the England match when they face India in the semi-finals.

But New Zealand's biggest issue is runs not wickets. The top order, apart from captain and star batsman Kane Williamson -- who made match-winning hundreds in group games against South Africa and the West Indies -- have been struggling.

New Zealand, whose group match against India was washed out, could do with someone like opener Martin Guptill, the leading run-scorer at a 2015 World Cup where he made an all-time tournament record 237 not out against the West Indies -- finding his best form again.