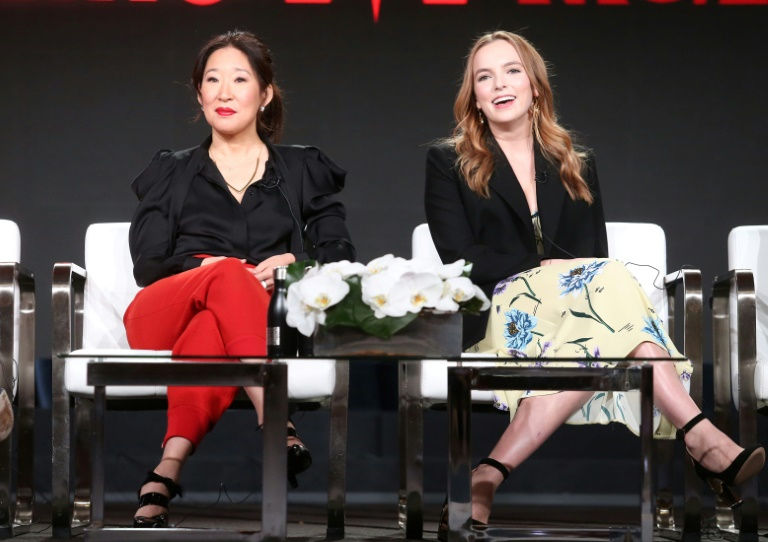 A new spy drama which turns James Bond gender roles on their head was hailed Monday as a "must-see show of the year" by critics.

"Killing Eve" stars Sandra Oh of "Grey's Anatomy" fame as a frustrated, shambling bureaucrat working for Britain's MI5 spy agency who ends up on the trail of an international hitwoman.

The drama got rave reviews after being shown in competition in the CannesSeries festival in the French Riviera late Sunday.

The Hollywood Reporter called its wicked mix of thriller chills and whip-smart comedy "thrillingly addictive... and massively entertaining, the next must-see show of 2018".

Variety said that "in attempting something rare, wild and risky" there is no doubt the series will become "one of the favourite shows of the year".

Its British creator Phoebe Waller-Bridge told reporters Monday that it was shocking that it has taken this long for women to take the leads in a classic spy cat-and-mouse story.A

"It is so obvious when you think about it. Why hasn't it been done before with women?" said Waller-Bridge, who wrote and starred in the highly acclaimed jet-black BBC comedy series "Fleabag" about a young woman not coping with her life.

"I hope the hell that this is part of the change after #MeToo and that they cannot get away with not having that conversation anymore," she added.

The writer, who adapted the story from a series of novellas by Luke Jennings, said the two protagonists were "women who are messy, flawed, and yet still fascinating".

Eve, played by US star Oh, is in a comfortable mid-life marriage but craves excitement.

"She wants to be out there protecting people but when there's a bang in her house, she runs upstairs and hides. There is something much more human and relatable about that," said Waller-Bridge.

In contrast, the assassin Villanelle, played by British actress Jodie Comer, is fearless, a psychopath with a twisted sense of humour who lives in Paris and travels all around Europe killing people in ever more creative ways.

In a neat stab at the macho Bond stereotype, she celebrates a successful hit by going out and picking up two men.

"Even though it is a genre piece," Waller-Bridge said, "it is about women's intimate everyday lives, and it is the personal weight of the characters that drives it."

The show premiered on BBC America Sunday and has sparked huge interest from buyers at the MIPTV industry market in Cannes, which is running alongside CannesSeries.

"Hopefully things like this will become common on all channels," Waller-Bridge said.

"Because of the whole #MeToo conversation, all these (female) stories are coming to the surface and becoming more specific and nuanced. It is not as if people have not been writing these stories for ages, but people are more open to them now."

Oh said it was almost impossible for female actors, particularly "those of colour" to get such meaty roles in Hollywood films or to tell such edgy "mid-life stories".