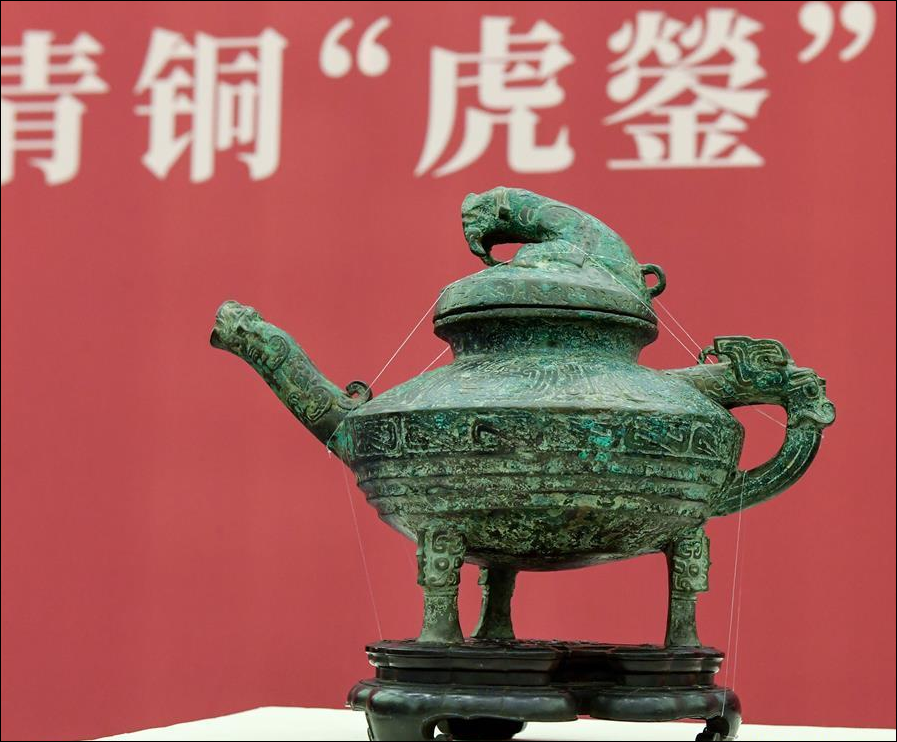 The Bronze Tiger Ying looted from Yuanmingyuan, or the Old Summer Palace, returns to China and is displayed at a ceremony to mark its entering the collections at the National Museum of China in Beijing, capital of China, Dec. 11, 2018. (Photo: Xinhua)

A Chinese bronze vessel looted from Yuanmingyuan, or the Old Summer Palace, has recently returned to China and entered the collections at the National Museum of China on Tuesday.

The vessel, known as the Bronze Tiger Ying, was auctioned in April by Britain's Canterbury Auction Galleries.

The buyer, through the auction house, contacted China's State Administration of Cultural Heritage (SACH) in late April and expressed hope for an unconditional donation.

Resources show the vessel, once belonging to the royal family of the Qing Dynasty (1644-1911), was taken away by British military officer Harry Evans from the Old Summer Palace, which was sacked and destroyed in 1860 during the invasion of Anglo-French allied forces.

Representatives from SACH and experts with the National Museum of China visited Britain in September to authenticate the bronze vessel, which dates back to the Western Zhou period (1046 BC-771 BC).

"Chinese cultural relics lost overseas are an important component of the cultural heritage of our country," said Liu Yuzhu, head of SACH, adding they bear the profound history and cultural emotions of the Chinese people.

Liu said SACH has in recent years successfully facilitated the return of many lost cultural relics to China, and the return of the Bronze Tiger Ying is a representative model.