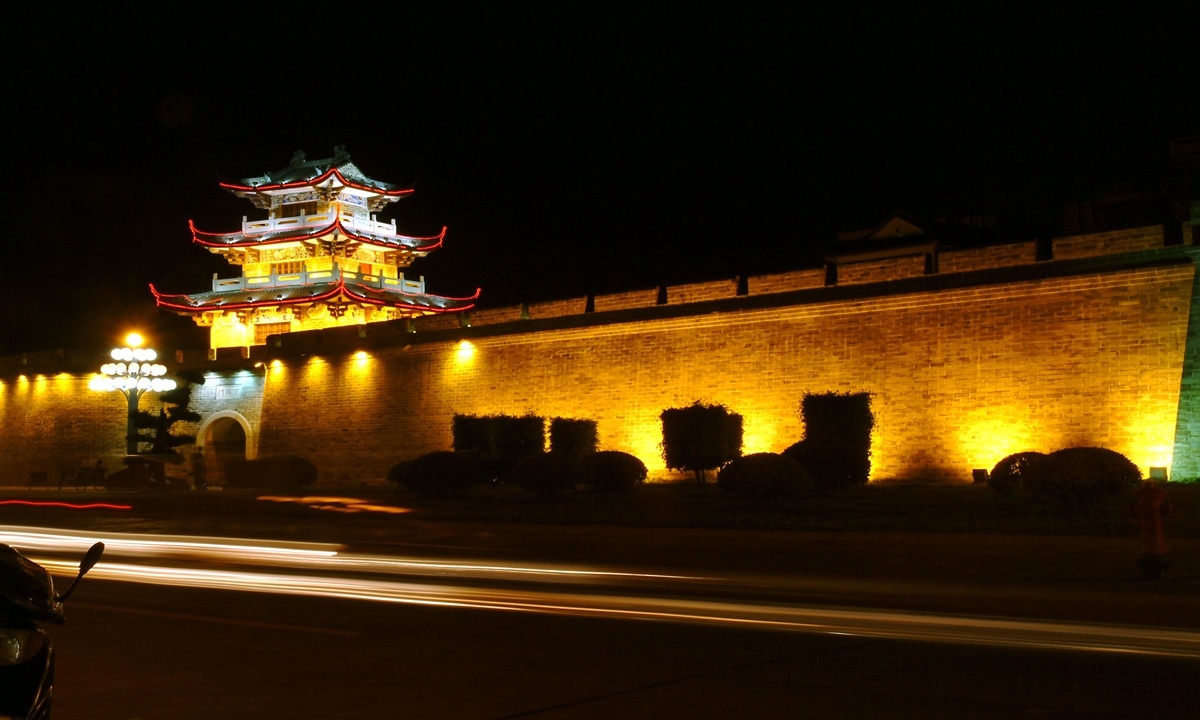 The nigh view of the ancient town of Chaozhou. (Photo: IC)

The sights of Chaozhou

The historical nature of the ancient town of Chaozhou is apparent in its old temples and bridges. The Kaiyuan Temple, which is about 1,200 years old, is a popular site for tourists today, but in the past it was a place for emperors to receive blessings and pronounce official decrees. It maintains its classic Tang Dynasty (618-907) layout, but is also adorned with diverse architectural characteristics of other historical periods such as the Song Dynasty (960-1279) and Qing Dynasty (1644-1911).

Guangji Bridge, the world's first pontoon bridge that could be opened and closed, is another not-to-be-missed sight in the city. It is a complex construction that integrates a beam bridge, floating bridge and arch bridge in one. Located in the middle reaches of Hanjigang River, the bridge is not only an important junction for the distribution and transfer of goods, but also has artistic merit as it is decorated with wood and stone carvings with motifs such as lotuses and orchids that represent the classic Chinese design elements. 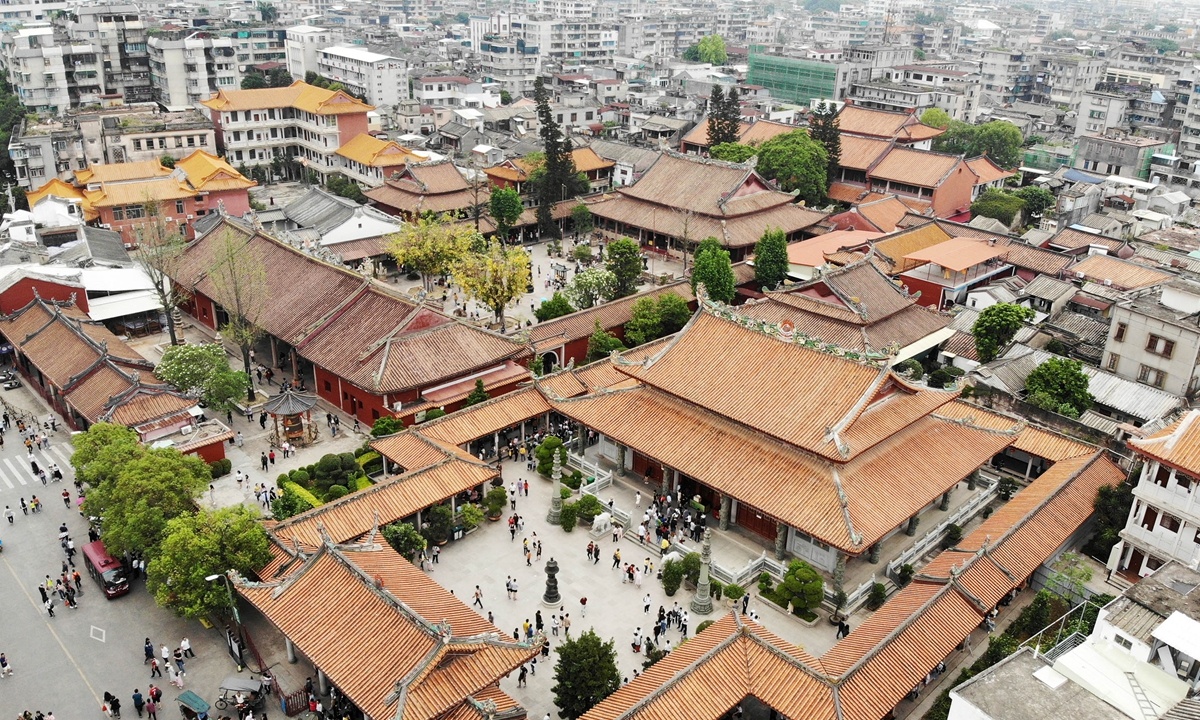 The photo of the Kaiyuan temple in Chaozhou. (Photo: IC)

The sound and texture of Chaozhou

Chaozhou is a city rich with various intangible cultural heritages. Handmade red clay teapot is part of the distinctive teaware of Chaozhou. Making these teapots completely relies on a craftsman's hands and experience. The making of each pot involves more than 60 steps, while the material used to create the pot is a red-colored mineral often discovered from the Phoenix Mountains of Chaozhou.

Chaozhou embroidery represents another intangible cultural heritage that emerged from this area. It shows artistic characteristics and compositions that deliver a distinctive three-dimensional sense which differs from Suzhou, Hunan and Shu embroidery.

After satisfying one's sense of touch, the famous Chaozhou Opera is a treat for the ears. An ancient traditional opera drama sung in the distinctive Chaozhou dialect, it is not only an intangible cultural legacy of the city, but also a precious folk art that proves that ancient Chinese opera can survive on the modern stage. 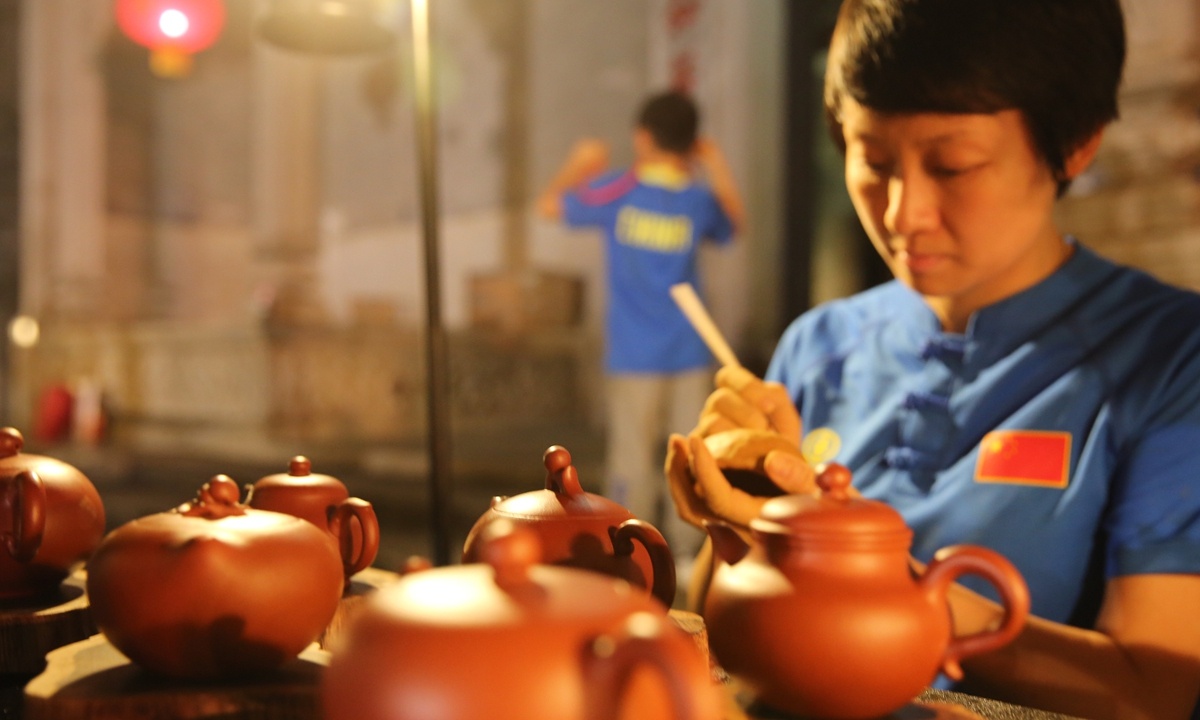 A craftsman works on the design of teapots (Photo: IC)

The smells and tastes of Chaozhou

Tea is a significant part of Chinese culture. Chaozhou Gongfu tea is one of the most representative tea arts in China. The history of Chaozhou Gongfu tea can be traced back to the Song Dynasty. Tea has the importance in Chaozhou that people compare it to rice, as it is something no meal should go without.

Chaozhou's culinary delicacies include a lot of seafood dishes and traditional snacks. Chaozhou food is light, tender, and with savory flavor. Chaozhou has three well-known food treasures: marinated wampee fruit and cumquats, and marinated fingered citron- the fruit also known as Budhha's hand. They are all considered as good materials for Chinese food therapy.

Chaozhou has 15 national intangible cultural heritages, including but not limited to the aforementioned Chaozhou Gongfu tea, embroidery and Chaozhou Opera. These are valuable cultural and historical resources that have helped develop the cultural tourist industry of this region.