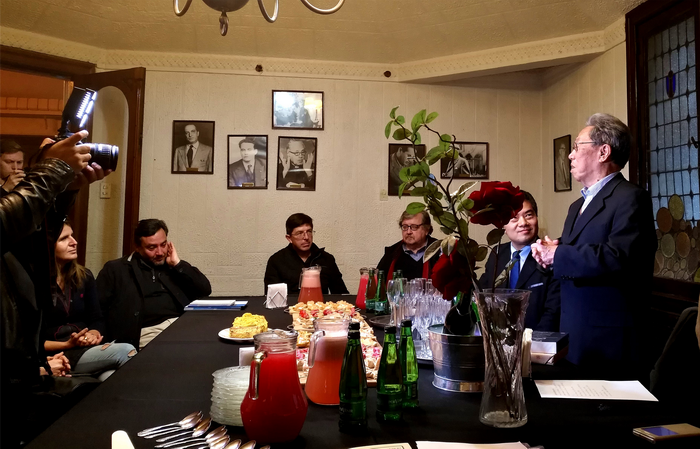 Wang Meng communicates with writers and poets in Chile, May 24, 2018. [Phtoto/Chinaculture.org]

Chinese writer Wang Meng held a series of talks on cannotation and Chinese culture in three Latin American countries from May 22 to 25.

The event, as a part of Chinese Culture Talk, was held in Cuba, Brazil and Chile with the support from the Ministry of Culture and Tourism.

In the talk, Wang focused on both the tradition and modernization of Chinese culture. His lecture featured the classic theory of "men born to be good" promoted by Mencius and the May 4th New Culture Movement in contemporary Chinese history. 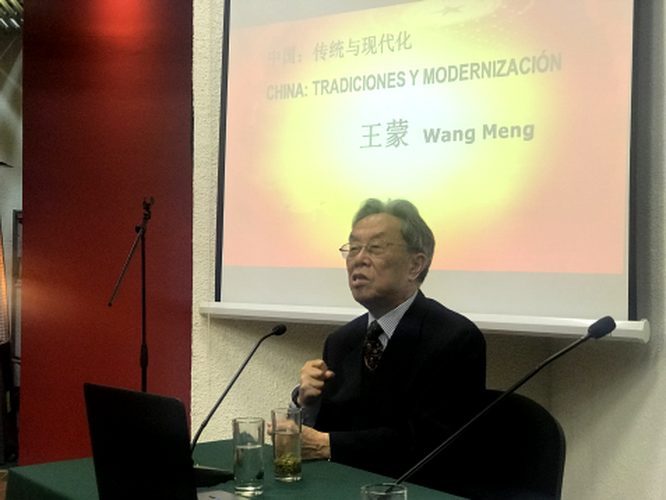 Wang Meng a lecture on Chinese culture in Chile, May 24, 2018. [Phtoto/Chinaculture.org]

He emphasized the firm support given by Chinese culture to country's development.

Chinese ambassadors and officials from the three countries attended the lectures, along with hundreds of locals.

Launched in 2015 by the Ministry of Culture and Tourism, the Chinese Culture Talk is a series of high-level cultural and academic exchange activities. Over 80 activities have been held in more than 30 countries and international organizations. The content of the activities varies from philosophy, religion, cultural heritage, literature and art, costume, cooking and Chinese medicine.

Wang Meng delivers a lecture on Chinese culture at the University of Brasilia in Brazil on May 22, 2018. [Photo/Chinaculture.org]