D'Angelo Russell moves to Warriors in 3-team deal with Timberwolves

WASHINGTON, July 2 (Xinhua) -- The Golden State Warriors have managed to loop the Minnesota Timberwolves in on a sign-and-trade deal that will send D'Angelo Russell to the Bay Area. 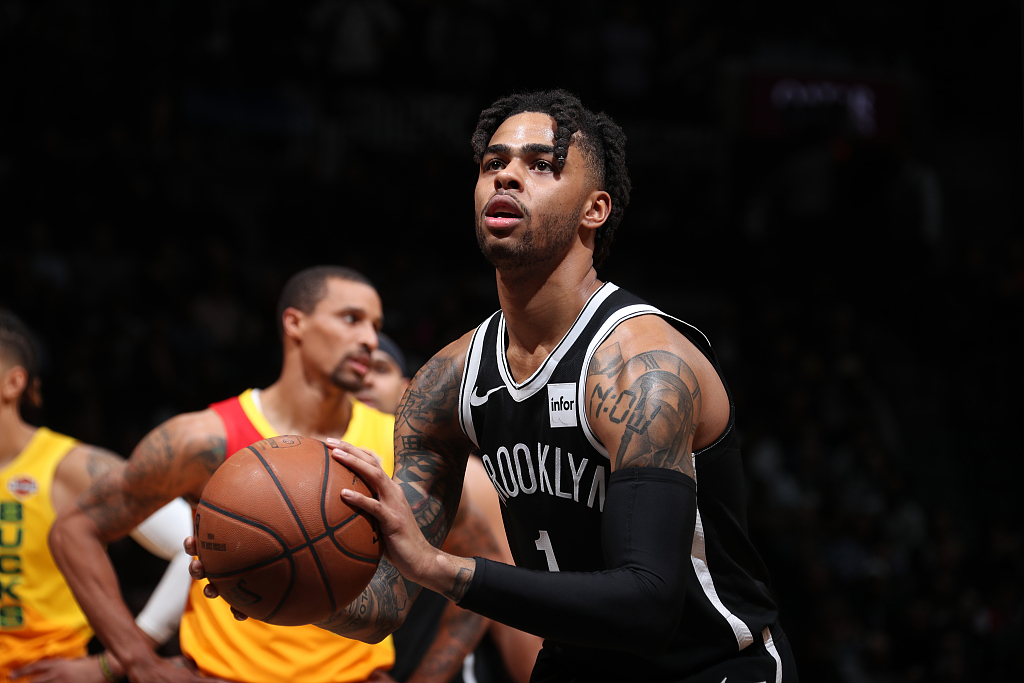 The Warriors knew that Kevin Durant was headed to the Nets and apparently decided to chart an alternate course, clearing a path for Brooklyn's All-Star point guard to head cross-country and join them.

Shams Charania of The Athletic first reported the acquisition was near and would also include Graham and Napier. ESPN's Adrian Wojnarowski soon confirmed the deal, as did Mark Medina of The Mercury News.

Napier established a role as a scoring guard off the bench. Graham signed as a free agent heading into the season.

News comes that Golden State is trading Andre Iguodala to the Memphis Grizzlies. Warriors are sending a 2024 protected first-round pick in the 2024 (protected 1-4), 2025 (protected 1) and 2026 unprotected.

Iguodala, who earned Finals MVP recognition in 2015, averaged 5.7 points, 3.7 rebounds and 3.2 assists in 23.2 minutes last season, his 15th. The 35-year-old's contract now comes off the Warriors books and slots into an exception the Grizzlies held as a result of the reported trade of Mike Conley Jr. to the Utah Jazz.